Is it too late to say she's sorry?

Following months of rumors accusing Demario Jackson of taking advantage of Corinne Olympios as they filmed the currently-airing season of Bachelor in Paradise, Olympios is finally owning up to her own mistakes by admitting to drinking too much while taking prescription medication and apologizing to Jackson for the backlash he's endured because of her past claims.

During an interview with host Chris Harrison, Olympios shared a message to Jackson.

“I would want to tell him, 'Listen, I respect you as a human,'" she told Harrison, via MSN. "'I have nothing against you. I’m so sorry you had to go through this. I know what it feels like. I’m sorry.'"

When news of Olympios' pool hookup with Jackson first surfaced, she claimed she was a "victim" of her co-star.

"I am a victim and have spent the last week trying to make sense of what happened on June 4. Although I have little memory of that night, something bad obviously took place," she said in a statement to People magazine.

“I saw myself as a victim of having something this serious happen to you and have the media paint you a certain way that you know you aren’t and having all these people make their judgments and comments and they don’t even know what happened or went on,” she tells the magazine in their latest issue. “That’s what I’m a victim of. I never meant that I was a victim of DeMario. I strongly believe he had no bad intentions at all. It was all good."

'Bachelor In Paradise' 2017: Corinne Olympios And DeMario Jackson Both Agreed To Sit Down And Explain What Really Happened During The Night Of The Alleged Sexual Assault [VIDEO] 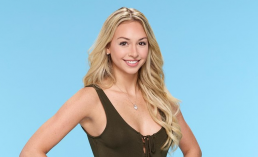 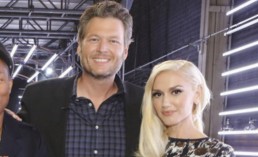