Jenelle Evans took to Twitter on Wednesday to tease fans of her upcoming wedding to David Eason.

While she isn't set to wed for another couple of weeks, the Teen Mom 2 star recently told her fans and followers on social media that the person who was set to marry her and Eason would be making for an "epic" moment during her September 23 nuptials.

"I cannot wait for everyone to see who the officiant for our wedding is," she wrote on Twitter on September 13.

Evans and Eason became engaged this past February after welcoming their first child together, daugther Ensley, in January.

Ensley is the third child for both Evans and Eason, who each have two children from previous relationships.

"The ring is a pear shape diamond with a halo of tiny diamonds surrounding the center stone," Evans revealed to E! News. "David did an excellent job and I absolutely adore everything about it... The engagement was definitely one for the books! His idea was so original and he left me speechless."

According to Evans, Eason proposed to her during a morning hike through the mountains.

"He told me to look at the roses on the ground and asked if I thought they were pretty," Evans shared. "Of course I agreed! Then he said, 'These are for you!' and I said 'no!' As I looked over his shoulder, MTV was there behind the trees and I had no idea they were going to be there. He asked me to marry him and I said yes! We were both in tears."

To see more of Jenelle Evans, David Eason, and their co-stars, tune into new episodes of Teen Mom 2 season eight on Monday nights at 9 p.m. on MTV. 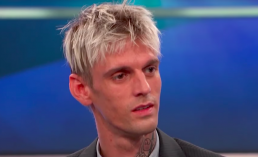