The NBA 2K18 has already chosen Kyrie Irving to be its cover athlete after it was confirmed that the Cavs All-Star player has been traded to the Boston Celtics. For the first time in the history of NBA 2K, its chosen cover athlete was traded before he was revealed and prior to the release of the game.

Recent reports from Forbes escalated that Irving was traded to the Boston Celtics in exchange for Isaiah Thomas, Jae Crowder, Ante Zizic, and a first-round pick and the cover seems to be outdated already. Also, the fans have wondered if what NBA 2K will do if the release of its cover athlete happened weeks before the Irving trace rumors escalated. Then last Wednesday, it was just announced that it will provide an updated cover for the fans.

The vice president of basketball operations for 2K, Jason Argent stated that they are excited to be part of the history of NBA offseasons with Irving and Thomas. He also revealed that the two well-performing NBA players are two of the stars of their 2K roster and trading places. He added that this is not an exceptional event in which a cover athlete is being traded but claimed the timing is good as the 2K18 is released in less than a month.

Despite the claims of being outdated already, the 2K assured that they have to respond also to the changes in the NBA being also as the most realistic basketball game on the market. With this, Gamespot reported that fans are kept informed that they will soon issue an update version of 2K18 with Kyrie Irving in Celtics uniform but at a later date.

Also, reports confirmed that there is no available date as to when these updated versions will be released or when the fans can expect them. The NBA 2K is committed to providing the updated version of its cover athlete as this is not a big deal. Being in the industry for more than 30 years already, the basketball game provider understands that things change in sports and the Kyrie Irving trade is just one of them. 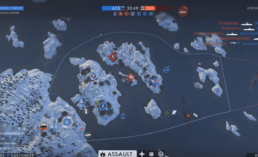