A man set up a fundraising page on behalf of Charles Manson's grandson, Jason Freeman. The crowdfunding efforts managed to accumulate nearly $1,000 in donations.

Manson, who became known as one of America's most prolific serial killers, died in prison at the age of 83 on Monday, Nov. 20. He was serving nine life sentences and was taken to hospital two weeks ago.

His body is currently lying at the Kern County Coroner's office in California and if the cult leader's next of kin doesn't show up to claim the body within the 10-day window, its fate will be left up to prison officials, Los Angeles Times reported.

A user named John Jones started the fundraising campaign on crowdfunding platform GoFundMe on behalf of the Manson's grandson, Jason Freeman. Jones said he was raising funds to help pay for the funeral costs of the cult leader who murdered actress Sharon Tate and six others in 1969.

On the page, Jones wrote that two days before the death of his dear friend and loved one, Freeman lost his job. He needs financial help to make sure his grandfather is laid to rest with the honor, respect, and dignity he deserves and cover all the expenses.

"We will not sit back & let them throw Mr. Manson away like trash," Jones stated. "His whole life he lived with the pain of feeling unclaimed. We must not let this happen in death. Together we can help Jason bring his grandfather home & prove to the world Charles WAS LOVED & WILL BE CLAIMED!"

"We removed this content earlier today and refunded donors," the company told TMZ. It did not specify the reason behind the shutdown. However, this move doesn't come as a surprise to many, considering Manson was one of the most notorious murderers of the 20th century.

Subsequently, Jones expressed his anger over GoFundMe's decision to remove the page.

"It breaks my heart to see Jason [Mason's grandson] now suffering from the same prejudices, hate, discrimination and deliberate lies that his grandfather endured for 48 years," Jones said.

Despite the shutdown, Freeman told New York Daily News that he will continue his efforts to claim his grandfather's body and will look for another way to raise money.

Jason Freeman revealed that he started talking to Charles Manson over the phone eight years ago but never met his grandfather face-to-face. 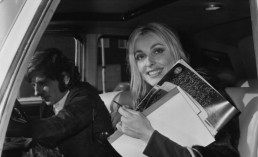 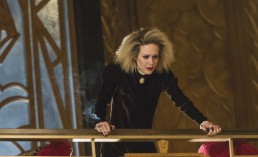 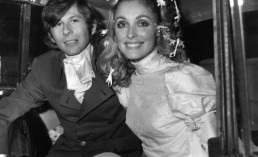