Rivera's soliloquy on Twitter included Lauer's defense and a proposal on how sexual assault should be defined. He also wrote that working in the media industry is "flirty business."

"Sad about @MLauer great guy, highly skilled & empathetic w guests & a real gentleman to my family & me. News is a flirty business & it seems like current epidemic of #SexHarassmentAllegations may be criminalizing courtship & conflating it w predation. What about #GarrisonKeillor," the 74-year-old reporter wrote.

"#SexHarassment should be confined to situations where superior imposes himself on subordinate who feels unable to complain because of power of perp or feared consequences to victim's employment," Rivera continued. He also noted that women who've been allegedly assaulted by their significant others or toxic bosses should not claim they were. Why? Because "a jerk's a jerk."

He continued his problematic rant with a series of tweets.

Heard well-regarded women in media today suggesting morning shows go to an all-female format. That should be as unacceptably retro as the other way around.

#SexHarassment allegations should require: 1-made in a timely fashion-say w/n 5 yrs. 2-some contemporaneous corroboration, like witnesses, electronic or written communications. W $ settlements in multi-millions slight chance exists some victims are motivated by more than justice — Geraldo Rivera (@GeraldoRivera) November 29, 2017

This issue is so red hot right now there is no room for any thought or opinion but hang em high. If News wasn’t (formerly) a flirty biz then how do we explain so many newsroom courtships that have led to happy marriages?

Twitter users became engulfed with rage at Rivera's tweets. They responded by reminding him of how he sullied his own public image with an extra-marital affair and sexual assault allegation.

In 1991 Rivera published in his memoir, Exposing Myself. In it, he wrote that he had a sexual encounter with Bette Midler. However, when interviewed by Barbara Walters, Midler said the experience wasn't consensual. "One thing I do remember—and that was how I met Geraldo—and that was not funny."

"Geraldo and his producer came to do an interview with me, in the ‘70s, in the early ‘70s. This was when he was very hot. He and his producer left the crew in the other room, they pushed me into my bathroom, they pushed two poppers under my nose and proceeded to grope me...I did not offer myself up on [sic] the altar of Geraldo Rivera. He was unseemly," Midler revealed to Walters.

"Reaction to my tweets today on #sexharassment makes clear I didn't sufficiently explain that this is a horrendous problem long hidden-Harassers are deviants who deserve what is coming to them-Often victims are too frightened to come forward in a timely fashion-I humbly apologize," he wrote. 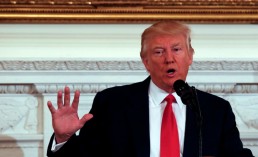 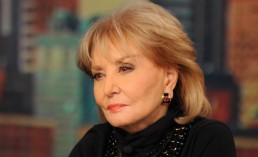 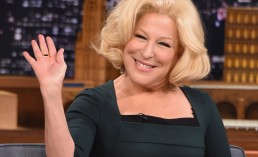