Teresa Giudice's father remains in the hospital days after being rushed to the facility after coming down with a serious case of pneumonia.

According to a new report, Giacinto Gorga continues to receive care but is reportedly on an uphill swing.

“He’s getting better,” a source told Radar Online on Dec. 1. “Of course, Teresa is relieved.”

Teresa Giudice At Her Father's Bedside

The Real Housewives of New Jersey star has been at her father's bedside at his New Jersey hospital since he fell ill and even skipped her scheduled appearance on Watch What Happens Live on Wednesday night so that she could stay with Gorga. As Radar Online explained, Giudice reportedly held a vigil for Gora that evening.

While Giudice didn't attend the recent episode of Watch What Happens Live, she did participate in the Nov. 30 filming of the Season 8 reunion show.

“All of the ladies hugged her and told her she was so brave for coming to work in the middle of her dad’s hospitalization,” a source said.

Although Giudice was struggling with anxiety due to her father's hospitalization, that didn't stop her co-stars from sparking drama on the set of the reunion. In fact, Giudice was reportedly involved in a screaming match with Kim DePaola during filming.

Prior to the filming of Season 8, Giudice and her brother, Joe Gorga, tragically lost their mother, Antonia Gorga, at the age of 66 to pneumonia.

"Happy Birthday Mommy I Love you so much and miss you so much," Giudice wrote to her fans and followers weeks ago on Instagram. "I think about you all the time every second every minute of the day. As soon as I got to London I called your house # to tell you that I was there. Still cannot believe it, my heart breaks everyday that you are not here with us. Love you more than I can express I Love you Mommy."

In other Teresa Giudice news, the reality star and mother of four is currently facing even more hard times due to her husband's current incarceration. As fans of The Real Housewives of New Jersey may recall, Giudice spent 11 months behind bars due to charges of bank and wire fraud. Months later, her husband, Joe, began serving a 41-month prison term at Fort Dix in New Jersey.

While Giudice has been accused of cheating and plotting a divorce from Joe throughout his prison term, she has publicly denied any such thing. She appears to remain dedicated to keeping their marriage intact.

To see more of Teresa Giudice and her co-stars, including Dolores Catania, Danielle Staub, Melissa Gorga, and Margaret Josephs, don't miss new episodes of The Real Housewives of New Jersey Season 8 on Wednesday nights at 9 p.m. on Bravo TV. 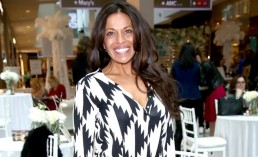 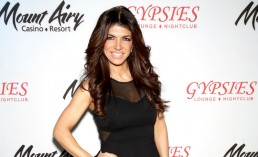 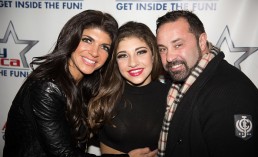