It’s been a while since former VH1 Basketball Wives LA star Draya Michele was put on blast for accusations and claims that she’s a bad mother. Now, however, the speculation has resurfaced as fans blast Draya after she posted a moment between her and her son, Kniko, on Instagram Thursday night.

Draya Michele Vs. Her Son's Speech

While the post has since been deleted, it certainly makes rounds online. In the post, Draya shared a screenshot of a text conversation between her and the teenager. He let her know that because she didn’t sign his homework, he would lose points in one of his classes. Draya responded and said she would write a rude note.

She went on to explain in the caption that Kniko was practicing a 4-minute speech he had to memorize. She said she had no problem with that, although, it looks like what she did have a problem with was having to sign a paper that said he read the speech five times out loud. She said she reached her breaking point during Thanksgiving break when his homework required she sign the paper 18 times.

“I’m all for helping my child with his homework, but at this point, she has him harassing me with his speech. I don’t wanna hear it no more!”

She went on to say she already has to listen to it twice a day for a month. She added that the topic of the speech, American history, isn’t that exciting either. She explained that he didn’t get the points because she refused to sign off on the homework for the day.

She also clapped at a fan and said it wasn’t the signing that “annoyed” her, it was having to hear her son give the speech every day.

It didn’t take long for fans to hop on Twitter and drag Draya for her lack of wanting to help out her son. One fan said Draya should just get a stamp with her signature on it.

Of course, several gifs and memes also scoured the internet. Check out some of them below.

Kniko: Mom can you please sign this, its for a grade
Draya: pic.twitter.com/apO7kOmCJX

"What would you do if your son was at home crying all alone on the bedroom floor cause he's hungry" Draya: pic.twitter.com/uuV35vlL3J — XII.VIII.MCMXCIV (@Forevr_Blushing) December 8, 2017

draya son: "it just needs to be signed by tomorrow or i wont pa-" draya: pic.twitter.com/02DwrtU0Uq — Haskins’ Intellect (@HPJArt) December 8, 2017

"I refused to sign my signature for my son's teacher verifying that he's doing his homework because having to do it annoyed me. So instead, i typed out a half a page IG caption complaining about having to do it and asking strangers what they think instead"- a bird named draya — cis lord problematic (@MacMaal_) December 8, 2017

Kniko: ma can you listen to my speech? Draya 15 seconds in: pic.twitter.com/TjlJLGhEh1 — broke (@ChipSkylvrk) December 8, 2017

DRAYA’S SON: Hey, mom. First, let me say I love you and feel so blessed to be your son. So I’ve been working really hard on an assignment that’s worth 50% of my grade. If you could just spare me 5 mins of your time, I’d really apprec— DRAYA: pic.twitter.com/ORuKlHinNo — brandon / jinx (@Jersey_Jinx) December 8, 2017

Since Draya deleted the post, she has not responded to the backlash yet.

This isn’t the first time Draya has been accused of being a bad mother. Back in her Basketball Wives LA days, her co-stars called her out after she made headlines for leaving then 7-year-old Kniko. That incident ended with a police report and Draya allegedly being arrested for child endangerment. 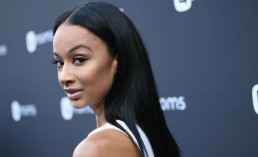 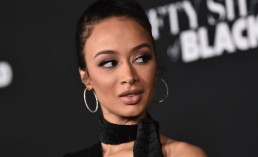