A notorious rooftop climber fell from a skyscraper and died while performing one of his stunts.

Wu Yongning, a 26-year-old social media star, died on Nov. 8 after falling from the Huayuan Hua Center, one of the tallest buildings in Changsha, China. His death was confirmed by his girlfriend, Jin Jin, a month later when fans grew concerned about the lack of updates.

"Today is December 8th," Jin Jin wrote on social media. "It makes me think of November 8th, the day you left us and left this world"

According to reports, Wu was participating in a daredevil challenge that involved a 100,000 yuan ($15,000) prize money. A family member revealed that he also planned to propose to his girlfriend after the challenge and needed the money for the wedding as well as to pay for his sick mother's treatment.

Wu is a stuntman and has relied on his martial arts training to scale high-rise buildings without safety equipment. He has over 300 short videos of himself walking on or doing pull-ups as he hung from the ledges of skyscrapers.

Following the news of his passing, Wu's Weibo account was flooded with messages from his fans and fellow daredevils. Rooftoper Charlie_7U posted a photo with Wu, saying that he had to save him once.

"He went a bit over the top, always trying things that are beyond his ability," he commented.

Wu, along with the growing number of daredevils around the world, has amassed a sizable social media following for posting photos and videos on top of tall buildings without safety equipment. The trend, called "rooftopping," has gained popularity across the world, especially among young adults, in the recent years.

Rooftopping has caused many well-publicized deaths, including a 17-year-old falling from a nine-story-building in Russia. Andrey Retrovsky's Instagram account, at the time of this writing, has over 7,000 followers.

Despite the risk, The Sun reported that rooftopping can raise the profiles of some aspiring celebrities. Another Russian daredevil, Angelina Nikolau, spent the last year traveling to major cities to take a photo atop tall buildings.

Video bloggers, meanwhile, can earn a few thousand dollars from one viral video.

The Guardian noted that major fashion labels have tapped into the rooftopping trend. In 2014, sports brand, Nike, launched a new line with an ad featuring a model standing on a roof's edge. Red Bull also has a section dedicated for urban explorers who risk their lives and limbs to go "above and around some of the most forbidden places on Earth." Other rooftoppers are also working with other major brands to feature on their viral photos. 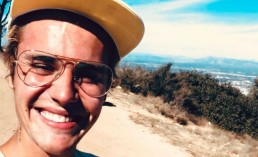 Justin Bieber Thinks Girlfriend Selena Gomez Is 'The One' 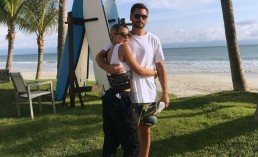 Scott Disick And Sofia Richie Are Enjoying An 'Easy' Relationship 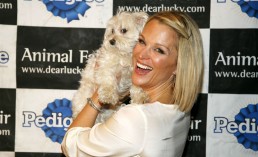