Fans of the King of Pop woke up to good news. The Michael Jackson Estate has extended its partnership with Sony Music Entertainment.

On Jan. 1, 2018, the Michael Jackson Estate will continue its landmark partnership with Sony Music Entertainment. The music company will continue to keep an eye on Jackson's vast catalog of songs that include "Wanna Be Startin' Somethin'," "Thriller," "Smooth Criminal," "Black or White," "You Are Not Alone," and "You Rock My World."

"Michael Jackson was an unsurpassed genius and an iconic force in music entertainment," said Rob Stringer, Sony Music Entertainment's CEO. "The music-and videos-he made as an artist as part of the Sony Music family are essential to pop culture history."

Jackson, who passed away suddenly in 2009, continues to be a dominant force as some of Sony Music's most prominent acts such as Britney Spears, Fifth Harmony, and Justin Bieber have been influenced by the King of Pop.

The partnership between the Michael Jackson Estate and Sony Music Entertainment has produced some incredible achievements. In 2016, Thriller became the first and only RIAA history to pass the music industry organization's triple diamond mark with a 33x platinum certification.

In addition, the partnership produced two posthumous albums: 2010's Michael and 2014's Xscape. Xscape went to the top spot on 49 different international music charts. One of the album's singles, "Love Never Felt So Good," was released as a duet with Justin Timberlake and the song premiered at the 2014 iHeartRadio Music Awards.

Expanding Into Other Media

The Michael Jackson Estate and Sony Music Entertainment partnership has also created numerous opportunities to develop in other media ventures. The duo's collaborations with film icon Spike Lee has produced two highly successful documentaries including 2012's Bad 25 and 2016's Michael Jackson's Journey from Motown from Off the Wall.

The latest chapter in the partnership saw the release of complication album, Scream, which was categorized as a Halloween album and featured Halloween related songs such as "Thriller," "Blood on the Dance Floor," and the White Panda mash-up of "Blood on the Dance Floor" and "Dangerous." Scream became Jackson's 16th Top 40 Billboard album and it also marked the partnership's first augmented reality venture.

"We couldn't ask for more creative and innovative partners than Sony and Rob Stringer (whose history working personally with Michael goes back to the 1990s)," said Michael Jackson Estate co-executors John Branca and John McClain, in a press statement. "Michael continues to inspire generations of artists who have come after him and attract new fans who understand that his music and message are more important than ever. "

Representatives of The Michael Jackson Estate and Sony Music Entertainment have not expanded upon future music releases or projects. 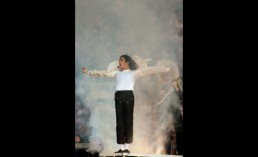 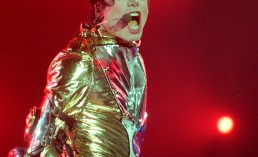 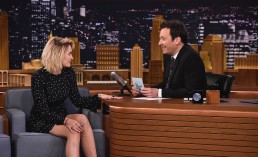