Two years after being murdered, Queens Rapper Chinx, may finally get justice.

According to NY Daily News, two suspects have reportedly been charged in connection to the drive-by shooting that occurred in May 2015.

Lionel Pickens, formerly known as Chinx was sitting inside his silver Porsche on Queens Blvd. in Briarwood when one occupant pulled up and opened fire.

Antar Alziadi, a member of French Montana's Cokeboy Music Crew was riding in the passenger seat and was struck by a bullet when the incident occurred. In an interview with Fox 5, Alziadi states, that he believes Chinx shielded him and may have saved his life.

The two suspects that have been charged are 32-year-old Quincy Homere and 26-year-old Jahmar Hill. Both suspects were serving time in jail on unrelated charges when they were arrested for the 2015 murder.

Homere and Hill have been charged with murder, assault and criminal possession of a weapon. Homere covered his face as cops hauled him in, while photographers asked questions along the way. However, there has been no word on the motive or how police linked the two to the case.

At the time of Pickens' murder, Hill was out on bail in connection to a robbery in Queens in July 2014. Hill, of Valley Stream, pleaded guilty to first-degree robbery and was sentenced to five years in prison in May 2017.

Homere, of Long Island, was arrested at Brooklyn MDC and charged with second-degree assault and fourth-degree criminal possession of a weapon.

If convicted for the murder of Chinx, both suspects will face up to 25 years in prison.

"Another example of mindless gun violence plaguing our country, a young, up-and coming musician had his life and career cut short," Queens District Attorney, Richard Brown, said in a statement.

Chinx was best known as a member of French Montana's Coke Boys. In 2013, Chinx and Montana released the first single from Chinx's EP entitled, "Feelings."

Earlier this year, the Montana paid tribute to the recording artist in an Instagram post. He captioned the photo saying, "Always look at this when I'm down and need motivation to keep pushing. #FOREVERCHINX"

The reported suspects come as great news, as the rapper would've celebrated his birthday on December 4th.

Pickens wife, Janelli Caceres, took to Facebook to share her thoughts on the arrest. "GOD is good and he hears our prayers," Janelli said.

Caceres and Pickens have one son together, Vince Pickens. 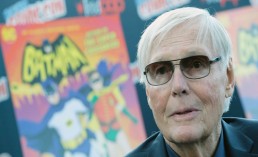 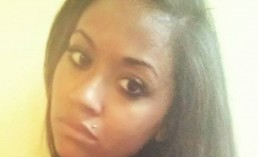 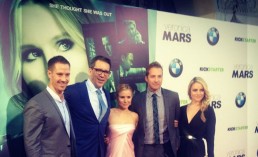