Khloe Kardashian fans will be able to witness the moment she shared her pregnancy with her family.

On Friday, the Keeping Up With the Kardashians star, tweeted that they were filming the reality show when she made her big reveal.

Yes! It all happened during production so yes! Super cool to have that documented https://t.co/dfymBWr4Y6

On Dec. 13, 2017 E! released a quick teaser of the new season of KUWTK. In the teaser, an announcement is made during a family gathering and everyone in attendance looks completely shocked.

As usual, Kris Jenner immediately starts crying, while her daughter, Kim Kardashian asks her mother, "Did you not know?"

The Revenge Body host, is also seen hugging her best friend Malika Haqq, leading to speculation that this was the moment that Kardashian revealed her pregnancy.

Kardashians' fans have been super supportive of the mom-to be. On Twitter, fans have even gone as far to ask her if she has started to experience any cravings.

"Not yet lol." Kardashian responded.

In September Us Weekly, broke the news that Kardashian and Tristan Thompson will be welcoming a baby. The Strong Looks Better Naked author, officially confirmed the news on Wednesday. Kardashian then took to Twitter that she was nervous to make the announcement, but was completely overwhelmed and overjoyed by the positive responses.

KUWTK fans, know that the Good American designer always wanted to be a mom, but struggled with conceiving due to endometriosis. Kardashian has been trying to have a baby ever since she married to her now ex-husband, Lamar Odom.

According to reports, Odom is happy to see his ex-wife so happy, but it sadden by the news that she will not be starting a family with him. In 2009, Kardashian and Odom got married after 30 days of being together. In 2013, the two called it quits due to Odom's alleged drug use.

Kardashian started dating Cleveland Cavalier player, Tristan Thompson in August 2016. The reality star. has always stated that she and Thompson want to start a family. According to sources, the two are expecting a boy, but Kardashian has not confirmed the gender. Let's hope she reveals the gender on KUWTK.

© 2020 ENSTARS, All rights reserved. Do not reproduce without permission.
TAGSKhloe Kardashian Tristan Thomspon Keeping Up With The Kardashians
SEE COMMENT
CLOSE COMMENT 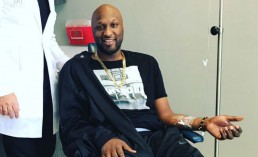 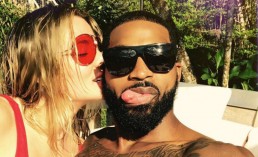 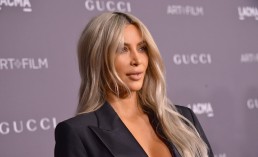 Kim Kardashian Opens Up About Pregnancy Woes, Turning To Surrogacy For Baby No. 3