Selena Gomez's mom isn't a fan of Justin Bieber and the singer is doing her best to change her thoughts.

Following news of Mandy Teefy's hospitalization, which reportedly came after a fight with Gomez over her rekindled romance with the sometimes-troubled musician, a news report claims Gomez is staying positive about her mom being able to forgive Bieber for his past mistakes.

“Selena is confident that her mom will eventually come round to her dating Justin again, she just needs some time,” a source close to Gomez explained to Hollywood Life on Dec. 23.

As fans of Gomez will recall, Bieber has been accused of womanizing in the past and in August of last year, Gomez told her fans and followers on Instagram that she had forgiven Bieber after he cheated on her several times during their years-long relationship.

Understandably, Teefy's mother hasn't always been a fan of Bieber because of his behavior and would prefer to see her daughter involved in a healthier relationship. That said, Gomez is already at the right age to choose whoever she wants to date.

"Selena keeps telling Mandy that Justin is a different person now, and that he’s really worked through all his demons, but she isn’t convinced at all," the insider continued. "Mandy has told Selena that she doesn’t want to see Justin, and she’s made it clear that she thinks he’s bad news, she can’t even stand to hear his name. Selena has begged Mandy to give Justin another chance, but right now there’s not much hope of that—it’s incredibly frustrating for Selena, and causing a lot of problems.”

While Gomez appears to be happy with Bieber at the moment, they reportedly got into a fight earlier this month after he was caught chatting with his former girlfriend Hailey Baldwin. In turn, the couple allegedly began seeking therapy, which only further frustrated Gomez's mother.

Although a report earlier this month claimed Teefy and Gomez weren't speaking ahead of the holidays, Gomez has since been photographed in Texas where Teefy resides. Still, it is hard to say for sure whether the two women were able to make amends before Christmas.

As for Bieber, he wasn't seen at all in Texas, which wasn't too surprising, considering his current relationship with Gomez's family. 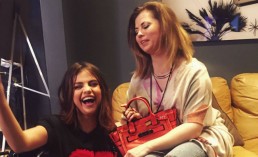 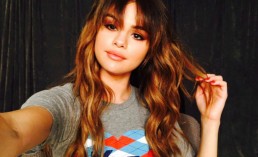 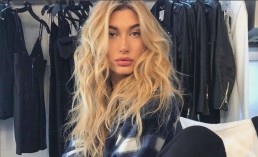