Game of Thrones fans look away! HBO has officially announced that the upcoming eighth season of the epic fantasy series will not debut until 2019.

The network announced on Thursday, Jan. 4, that the Emmy-winning series will return for a six-episode final season in 2019.

No official month or date has been announced yet, but HBO's announcement means fans will have to wait a little longer for the next season of the blockbuster series, which has seen a steady rise in ratings year after year and has become one of the most popular shows of all time.

The burning question on everyone's mind right now is when exactly in 2019 will Game of Thrones return. After all, a Jan. 1, 2019 premiere date is miles away from a Dec. 31, 2019 premiere. However, considering that HBO usually aims for a spring premiere date until a production schedule delay pushed the Season 7 premiere to summer, a spring return looks likely for the final season.

Season 8 Delayed Due To Production?

However, the news does not come as a surprise. Last summer, there were reports that the show might skip a year after showrunners David Benioff and Dan Weiss explained that they needed to spend a year and a half on the final six episodes to ensure that the series finale is as spectacular as possible.

HBO's head of programming, Casey Bloys, also dropped hints suggesting a 2019 premiere for the upcoming final season but noted that he would have a clearer picture once Benioff and Weiss were farther along writing the episodes.

Last month, Game of Thrones' star Sophie Turner also let it slip that the series will debut in 2019, during an interview to discuss her upcoming work, including the X-Men film, Dark Phoenix.

The concluding season is currently in production and filming is expected to continue until mid-2018. Bloys has already revealed that multiple endings will be shot for Season 8 in order to avoid leaks or hacks, which the network has fallen victim to in the past.

In August, Bloys also attributed the delay to the special effects involved and said filming the upcoming season is also "complicated" because it's being shot on different continents.

A 2019 premiere for Season 8 means George R. R. Martin will have plenty of time to work on the next chapter of his A Song of Ice and Fire series, The Winds of Winter, which he said might be ready in 2018. 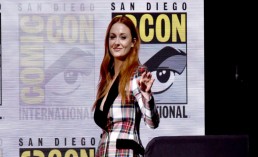 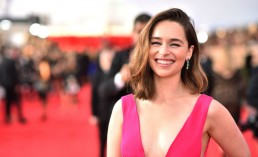 Emilia Clarke On Nudity Scenes In 'Game Of Thrones': 'People Need To Get Over It' 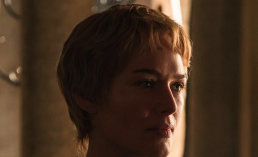