The 2018 Grammy Awards' performers lineup is increasing. The Recording Academy revealed which artists will be performing on music's biggest night.

One of the most highly anticipated performances of the evening might belong to R&B singer Bruno Mars and rapper Cardi B. The duo will perform their remix of Mars's song "Finesse" for the very first time on the Madison Square Garden stage.

On Jan 3, Mars and Cardi B released the remix's music video that had a 90s theme and fans immediately compared the video to the opening of In Living Color. The music video has been viewed over 49 million times on YouTube. Mars is nominated for six Grammy Awards including Record of the Year, Album of the Year, and Song of the Year. Rapper Cardi B is nominated for two Grammys including Best Rap Performance and Best Rap Song for her breakout hit "Bodak Yellow."

Singer-songwriter Kesha was another artist that the Recording Academy announced that would be performing at the event. Kesha, who released her third studio album, Rainbow, last year, is nominated for two Grammy Awards including Best Pop Solo Performance for "Praying" and Best Pop Vocal Album for Rainbow.  However, the Recording Academy has not revealed what song Kesha would be performing at the ceremony.

Latin music superstars Luis Fonsi and Daddy Yankee are expected to make the Madison Square Garden audience dance when they perform "Despacito" on the Grammy stage. The Justin Bieber-featured remix of Fonsi and Yankee's hit collaboration has been nominated for two Grammy awards including Record of the Year and Song of the Year. Rolling Stone named the song one of their favorite songs of 2017.

In addition to Mars, Cardi B, Kesha, Fonsi, and Daddy Yankee's performances, they will be joined by SZA and the trio of Logic, Alessia Cara, and Khalid. The trio is expected to perform their famous track "1-800-273-8255," which addressed suicide prevention. It is unknown what song SZA will be performing. SZA is nominated for five Grammy Awards including Best New Artist and her debut album, Ctrl.

The Grammy Awards are also expected to acknowledge the Lifetime Achievement Award recipients in a segment. The Recording Academy has selected Neil Diamond, the original Queen lineup, and Tina Turner to be a part of this year's group of inductees.

The Late Late Show host James Corden is expected to host the evening's festivities, which are scheduled to take place on Sunday, Jan. 28. 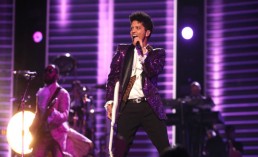 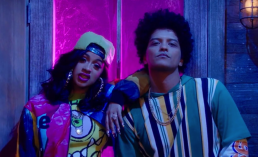 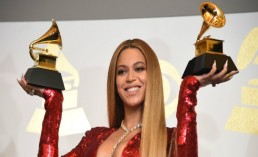