Tired of watching Community and The Great Indoors reruns? Actor-comedian Joel McHale is heading to Netflix to launch a new television series.

The stand-up comedian is expected to try to make the internet laugh again in February. The Joel McHale Show with Joel McHale will be a half-hour show that focuses on a plethora of subjects that range from the latest current events to pop culture.

McHale humorously unveiled his new project on Twitter on Jan. 19, where he revealed his set. The "set" featured massive green screens and a giant green curtain.

When Netflix subscribers look at The Joel McHale Show with Joel McHale official synopsis and factor in the green screens, they might think that this might be a revival of the popular E! Entertainment Network series The Soup.

Before McHale took over the E! Entertainment Network staple show, the show debuted on the network in 1991 as Talk Soup. During the show's first few years, it featured a musical chairs lineup of celebrity hosts including former Talk Soup host Aisha Tyler, Hal Sparks, and Greg Kinnear. While it was a quiet show on the network, things changed for the better when the entertainment news network hired McHale to host the series in 2004.

From 2004 until E! decided to cancel the show in 2015, McHale was able to make viewers laugh by combining television bloopers, hysterical pet videos, and a few celebrity guest stars into 30-minute master classes that had fans demanding more episodes.

Under McHale's tenure, the show was nominated for an Emmy Award in 2014.

McHale's The Joel McHale Show with Joel McHale will be in good company when it joins the Netflix family. Despite receiving bad reviews from television critics, television icon David Letterman's six-part mini-series My Next Guest Needs No Introduction will be updated monthly with interviews with Jay-Z, Tina Fey, and Howard Stern.

The network also gave the green light to Spike Lee's critically acclaimed She's Gotta Have It to start filming the second season. The series transformed the show's DeWanda Wise into a household name.

Also, entertainment icons Jane Fonda and Lily Tomlin returned to Netflix with their fourth season of their acclaimed series: Grace and Frankie. 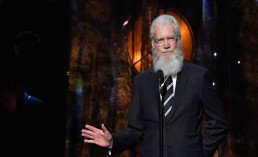 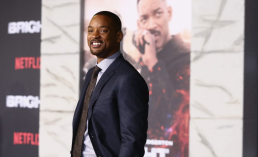 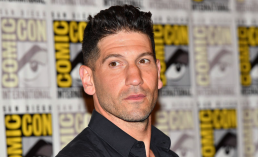