Jane Fonda, a Hollywood legend, celebrated her 80th birthday on Dec. 21. While the Georgia Rule actress is still kicking butt and looking better than ever, Fonda is also opening up about her struggles that she personally dealt with throughout her life.

Celebrating a birthday is a reason to happy, but it also brings moments of recollection. The actress revealed in an interview with People that at one point in her life, she didn't think she'd live to see the age of 30.

"I assumed I wouldn't live very long and that I would die lonely and an addict of some sort. I didn't think if I did live this long, that I would be vibrant and healthy and still working. I'm grateful," Fonda stated.

Fonda, who currently stars as Grace Hanson on Netflix original series, Grace and Frankie, is the daughter of actor Henry Fonda and Frances Ford Brokaw. Her mother committed suicide when she was twelve years old, as she suffered from mental illness throughout most of her life. Fonda herself dealt with bulimia as a result of low self-esteem.

The actress had a prominent career after starring in several films that made her in demand. In addition to acting, Fonda made several workout tapes from the early 1980s to the late 1990s and again in 2010. Fonda was also a passionate advocate for the Civil Rights Movement and the opposition to Vietnam War. Fonda is also a feminist and an environmentalist.

The mother of three may have not had a great start at life but pushed through the adversity and, through her love for acting and people, found her purpose in life.

Grace and Frankie also stars Lily Tomlin as Frankie Bergstein. The Netflix show follows the two women who are forced to live together after their husbands, who are both lawyers, fall in love and leave their wives to be together. Fonda also starred in the comedy 9 to 5 with Tomlin back in 1980. 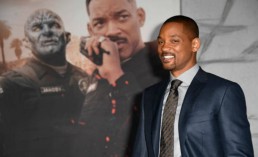 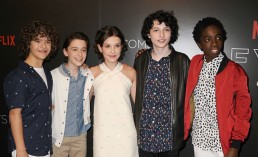