For Offset and Cardi B, the last few months have been filled with infidelity and sex tapes following their engagement in October 2017.

Although the two have brushed off the reports, the rapper reminded everyone that he was indeed committed to his fiancee by getting her named tattooed on his neck.

The allegations haven't distracted everyone from what is going with their wedding plans. Who will be the best man? Where will the couple say "I do?"

In the new Migos Rolling Stone cover story, Offset opened up about why he and Cardi have decided to put their wedding plans on halt.

The rapper stated that the two are not planning their wedding right now because they don't have the time.

Cardi is currently gearing up to perform at the Grammy's on Sunday and Migos is releasing its new album, Culture II, on Friday, and let's not forget the pressure of juggling their personal and career lives.

When asked about the alleged cheating rumors and scandals, Offset explained that this is his real life and it's not a gig.

In December 2017, Cardi also addressed rumors stating that she told Offset that if any of such allegations happens again, he would lose his wife.

She further mentioned that this happens to everyone, and what should she do but start all over again?

While the power couple may have experienced some ups and downs, Offset had nothing but nice things to say about his fiancee.

"Came from where I came from, did what I did. She's herself, man. I seen her develop from the trenches all the way up, and I like how she did it," Offset said.

The recording artist also explained why he chose to propose publicly. He simply said he wanted everyone to see, and he did admit to spending half a million dollars on Cardi's ring.

Wedding plans aside, the rapper has not stopped making music. Migos is set to release the highly anticipated Culture II on Friday, Jan 26.

© 2021 ENSTARS, All rights reserved. Do not reproduce without permission.
TAGSOffset Cardi B Cardi B and Offset Cardi B News
SEE COMMENT
CLOSE COMMENT 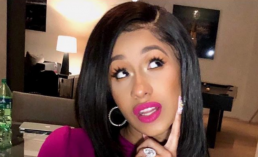 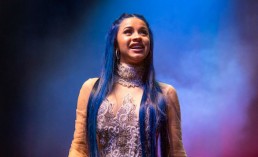 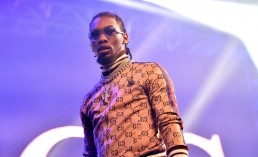