Is Black Lightning back? Donning a superhero costume to rescue his kidnapped daughters in last week's premiere was not enough to convince Jefferson Pierce. He is still hesitant about returning to his crime-fighting life full time.

The fully-packed Black Lightning premiere revealed a ton of information about the Freeland community, Pierce's family, his work as a school principal, his life as a vigilante, and a variety of black experiences in the city.

The second episode of Black Lightning immediately picks up from the aftermath of the "resurrection" which everyone is still talking and thinking about. Pierce tries to figure out how he can be two people at the same time. However, that might be a challenge as he comes close to a reconciliation with his ex-wife Lynn who made it clear that Black Lightning is the one thing she won't accept.

LaWanda White, a former student of Pierce's and the mother of one of the girls that have been taken away by the One Hundred, decides to take action. The community knows that trying to fight back against the One Hundred won't end well, but that doesn't stop White. She parks her car outside of the Seahorse Motel where she believes her daughter is being held hostage as a sex slave.

Although Pierce warns her that she won't win against the One Hundred, she's willing to die to save her daughter. White ended up paying the price as she was killed by Lala, the head of the One Hundred.

Prior to stepping out of her car to confront Lala, White left her cellphone in the windshield. The cellphone recorded Lala shooting White. White's death wasn't futile as the footage served as crucial evidence of Lala's crime. Lala eventually ended up behind bars.

When Pierce hears about White's death, he becomes furious and it ignites the fire in him. He makes up his mind and heads out to confront Lala.

However, Tobias beats him to it and ends up killing Lala first. Tobias arrives in Lala's cell, thanks to some friendly cops who willingly opened the doors.

With the current development in the story, it will be interesting to see how Pierce's relationship with the police evolves now that he's back as Black Lightning and the audience knows that people in the department are on Tobias' side.

This episode also showed another glimpse of Anissa's powers while she prevents a convenience store robbery. It looks like "Thunder" will be introduced sooner than later. 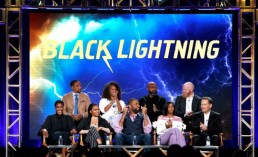 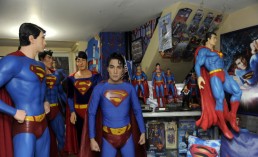 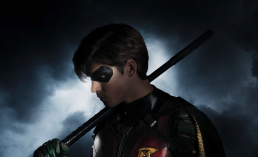