Actor Brad Pitt was involved in a three-car pileup in Los Angeles, California, on Monday, Feb. 5, but didn't suffer any injuries in the collision.

How Did It Happen?

The War Machine star was behind the wheel of his dark gray Tesla when it rammed into a small silver Nissan. The impact of the collision, in turn, caused the Nissan to crash into a black Kia.

Luckily, Pitt was not traveling at a high speed and therefore did not cause any major damage. Everyone, including Pitt and the drivers of the other two vehicles, were unhurt, and the trio was spotted exchanging insurance information shortly after the fender bender. The actor was alone in his car as were the other two drivers.

Dressed in a full-sleeved white T-shirt, black baggy sweatpants, a blue Baker Boy cap, and eyeglasses, the 54-year-old actor was photographed taking pictures of the damage caused in the accident.

The three drivers were seen smiling as they jotted down the insurance details and parted ways with a good old handshake after completing the formalities. The involved parties were able to drive away from the scene of the crash, so it was nothing too serious, only some minor cosmetic damage, which could be fixed by a short trip to the body shop.

Pitt's little fender bender takes place amid reports that the actor is laying low and staying away from the spotlight after he and Angelina Jolie called it quits on their marriage in September 2016.

A source told US Weekly last month that the actor lives "just down the street" from Jolie and spends time with their six kids, Maddox, Pax, Zahara, Shiloh, Knox, and Vivienne, a few times a week.

"Brad doesn't go out much with the kids or leave the house," the insider told the publication. "He prefers to keep things very private and safe."

Pitt and Jolie, who tied the knot in 2014 after a decade-long relationship, parted ways after an alleged altercation that took place between him and their oldest son, Maddox, on board a private jet. The FBI also initiated an investigation after Pitt was accused of child abuse, but he was later cleared of any wrongdoing.

The estranged couple only started speaking to each other cordially in March 2017 for the sake of co-parenting their children. They recently asked the court for extension of their ongoing private divorce negotiations, as they required additional time to work out the custody of their children. 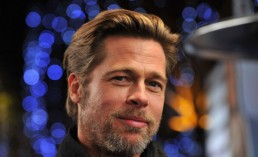 Brad Pitt Is Staying Sober For His Children 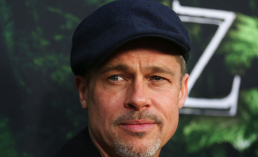 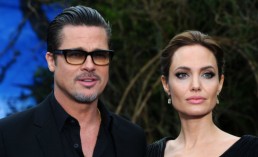