When someone tells outlandish statements, chances are you believe every word they say, or you call their words hogwash.

One person who is taking back their word is entertainment icon, Quincy Jones. The man who created music with legends such as Ray Charles, Frank Sinatra and Michael Jackson went to Twitter to clarify some of the shocking statements that he made in several high profile interviews this year. Jones stated in his tweet that his six daughters decided to put together a "family intervention" and voiced their concerns regarding the statements that he made to the press.

"Let me tell you; I'm so grateful to my daughters because they aren't scared to stand up to their daddy. I am an imperfect human and not afraid to say it. And I'm sorry, and I am not afraid to say it," tweeted Jones to his 569,000 Twitter followers.

Jones admitted that he was very fortunate to have a "long and crazy life." He also declared to his followers that both "word vomit" and bad-mouthing were inexcusable. Jones also added that he privately reached out to the friends that he accidentally offended during his interviews and wanted to make a public apology.

"I'm sorry to anyone whom my words offended, and I'm especially sorry to my friends who are still here with me and to those who aren't. These friends are like blood family to me. To my dear family and friends...thank you for your grace," wrote Jones.

Long before Jones made his apology official, several family members of the performers that Jones mentioned in his interviews came forward to rebuke some of his controversial remarks.

Joe Jackson, Michael Jackson's father, stated that Jones knows better than talking badly about his son. Jones revealed that Jackson was not only a Machiavellian personality, but also stole music from the late Donna Summer. Jones told fans through Vulture that they should compare Jackson's signature song "Billie Jean" with Summer's "State of Independence."

Both Miko Brando, son of Marlon Brando, and Rain Pryor, daughter of Richard Pryor released separate statements stating that both their iconic fathers did not have sexual relations with each other. Meanwhile, Pryor's widow, Jennifer, noted that the comedy legend would not have a problem with Jones's statement and would have found it funny. Jones mentioned that both Brando and Pryor were lovers.

In addition to those tidbits, Jones also stated several controversial statements that made blew pop culture aficionados away. One item included that he dated First Daughter Ivanka Trump years before her family had any political ambitions. He also slammed the Beatles and called Paul McCartney "the worst bass player" he ever heard and added that he did not care for Taylor Swift's music. 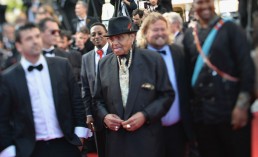 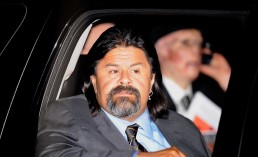 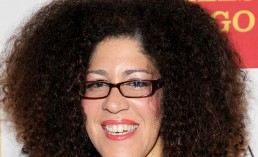 Richard Pryor's Daughter Rain: 'Daddy Did NOT Have Relations With Brando'