Warner Bros. sets a release date for The Six Billion Dollar Man, confirming the Mark Wahlberg sci-fi movie will premiere on May 31, 2019.

The movie is an adaptation of the 1970s television series entitled The Six Million Dollar Man. It stars Wahlberg as Steve Austin, who falls victim to a terrible accident and is only saved with cutting-edge technology that transforms him into half machine with superhuman strength.

According to a report from The Hollywood Reporter, the studio has been attached to the big-screen adaptation for months by acquiring the rights from Weinstein Company.

The Six Billion Dollar Man has yet to have competition for its release date with only one untitled Blumhouse Productions film set for the same date.

Other Warner Bros. films that have recently been given a 2019 release date include young adult adaptation The Sun Is Also a Star on May 17 and comic book film The Kitchen on Sept. 20, 2019. The Kitchen stars Melissa McCarthy and Tiffany Haddish.

New Line Cinema also announced a pair of untitled horror films for April 19 and July 3 of the same year. They have already confirmed Jessica Chastain's It: Chapter 2 for Sept. 6, 2019.

While he's signed on for a number of roles in the future, the Transformers actor is exploring unfamiliar territory with a new undertaking. Wahlberg, Stephen Levinson, and Wahlburgers showrunner Archie Gips are creating Unrealistic Ideas, which is a production company for nonscripted projects.

"We're excited to bring our relentless drive and passion to a new partnership," Wahlberg says in a statement in Real Screen. "We've really enjoyed working in the non-scripted space."

Levinson, who has been the actor's producing partner for years, says the trio are constantly challenging themselves.

"I couldn't be more excited to work with Mark and Lev," Gips adds, pointing out that the duo has a proven track record in Hollywood. "Our team is excited to create original, inspirational real-life stories, showcase bold characters and develop unique formats that will entertain audiences worldwide."

Gips is named the president of the new production company.

The success of the Wahlburgers television series, which follows Wahlberg and his family as they figure out how to expand their Boston burger joint, likely played a part in the actor's newfound passion for unscripted content. The show was nominated for two Emmys. 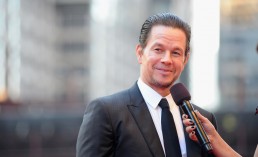 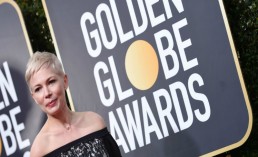 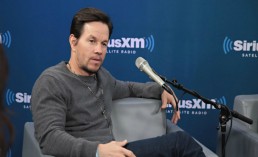