Jessica Chastain is in talks to join the sequel of Stephen King's It as the adult version of the character Beverly.

It is confirmed to get a sequel, which will comprise of events in the second half of King's best-selling novel. The story will still revolve around the same group of characters as they face Pennywise the Clown years after the events of the first movie.

'It' Sequel In The Works

A source tells Variety that the Zero Dark Thirty actress is currently in negotiations for the role that Sophia Lillis played in the 2017 big screen adaptation.

The role of Beverly is one of the main characters of the It franchise, a member of Losers Club. For the sequel, the club members — who are all children in the 2017 film — will all be adults.

The movie is still in its early stages, with the script still in the works. Chastain and the team behind the sequel are officially negotiating her potential role. Bill Skarsgård is expected to reprise his renowned role as Pennywise.

The Oscar nominee has long been speculated as a potential star of the It sequel, especially when director Andy Muschietti told Variety that he'd enjoy directing her again after their experience together in Mama.

"Jessi [Chastain] is an amazing actress and very good friend and I would love her to play Beverly," the director responded to a question that suggested the star for the sequel. "Yeah, she loves the movie and it feels like the planets are aligned in that sense, but we still have to make that happen."

Of course, one of the biggest parts of the success of the first movie is the cast, especially the kids comprising the Losers Club. While the upcoming sequel will see them all grown up, the people behind It still want to bring back the stellar young actors and actress who charmed audiences worldwide.

In an interview with Entertainment Weekly last year, Muschietti assured that he's eager to keep the children on board.

"If we're telling the story of adults, we are going to have flashbacks that take us back to the '80s and inform the story in the present day," he said.

However, no actor or actress has been confirmed for the sequel so far. 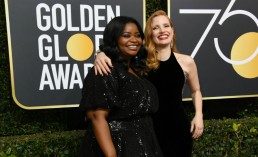 Jessica Chastain And Octavia Spencer Team Up Against Inequality 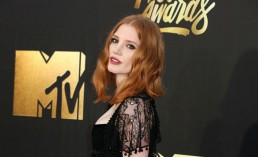 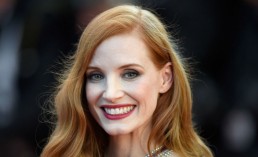