The View co-host Joy Behar finally revealed to the nation that she apologized to Vice President Mike Pence on the March 13 episode of the ABC talk show.

"I think Vice President Pence was right. I was raised to respect everyone's religious faith, and I felt short of that. I sincerely apologize for what I said," said Behar on today's episode that was transcribed by ABC News.

Behar's apology came after the show played a clip of Vice President Pence's appearance on the Fox News Channel talk show, Hannity. The Vice President told the program's host that he gave The View veteran a lot of credit and described the conversation to Fox News anchor Sean Hannity.

"She picked up the phone. She called me. She was very sincere, and she apologized, and one of the things my faith teaches me is grace; forgive as you've been forgiven," said Pence in a conversation transcribed by CBS News.

The person that might have been responsible for connecting Behar and Vice President Pence might have been the Walt Disney Company's chief executive officer Bob Iger. During an annual meeting of the Walt Disney Company shareholders, Iger was confronted by Justin Danhof, a member of the National Center for Public Policy Research team about Behar's controversial comments that were made during a Feb. 13 show.

"First of all, Joy Behar apologized to Vice President Pence directly. She made a call to him and apologized, which I thought was absolutely appropriate. I happen to take exception [to] what she said. I don't think it was right and I was glad to hear that she apologized," said Iger in a conversation transcribed by Entertainment Daily.

The Media Research Center, a conservative organization, launched a campaign for its supporters to call ABC and the show's advertisers to force Behar to make an apology to Vice President Pence. They also hoped that not only the network's management team discipline Behar, but several of the advertisers pull out of the show. According to ABC News, the Media Research Center's proponents made 40,000 calls to the network and over 9,000 to the show's advertisers.

Behar set off this campaign on Feb. 13, when she was talking about Omarosa Manigault Newman's appearance on Celebrity Big Brother. The former White House staffer claimed that Pence spoke in tongue and the veteran show host compared the Vice President's deep devotion to mental illness.

'The View' In The News

As Behar continues to be one of the show's most influential voices, she is known to stir up controversy as well. She got into a yelling match with Meghan McCain on Feb. 9. The two women verbally fought over the Robert Porter scandal. Several days before the fight, actress and activist Rose McGowan made her first daytime television appearance following the Harvey Weinstein sexual misconduct scandal.

On Jan. 23, the show picked a side in the heated Megyn Kelly-Jane Fonda feud. Behar notably stated that the current host of Megyn Kelly Today should not have tied Fonda's Vietnam War antics into a conversation about plastic surgery. McCain noted while Vietnam War veterans were unhappy with Fonda's actions, she found that Kelly was way off-topic in her feud with the legendary actress. 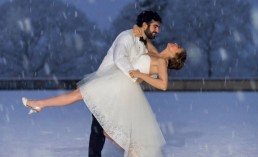 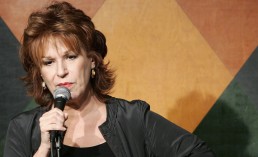 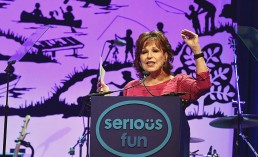 ABC Is Drowning With More Than 30,000 Complaints About ‘The View’ Co-Host Joy Behar