Star Jones weds fiancé Ricardo Lugo on a cruise ship in the Bahamas on Sunday, March 25, after a few months of engagement.

A Blissful Wedding At Sea

The couple tied the knot on the Royal Caribbean's Anthem of the Seas, E! Online reports.

The cruise also hosted a birthday party for Jones, who also turned 56.

Only 150 people were invited to witness the romantic vows between the couple, according to People. Fortunately, the bride shared a number of photos and videos that documented the event on her Instagram account.

In a collage shared by the television personality, the couple is seen sharing a kiss in front of Jones's birthday cake. Another photo shows her blowing the candles while being assisted by a group of adorable children. In one video leading up to the wedding, the bride beams at the camera and shares how much joy she is feeling.

"You know you're really happy when your kid says at lunch, 'Stop smiling, you're going to break your face,'" Jones says. "This is the happiest weekend of my entire life."

Some of the more prominent names on the limited guest list include Tina Knowles-Lawson and Real Housewives of Atlanta star Phaedra Parks.

The former The View panelist got engaged to Ludo in October 2017. The pair have been in a relationship since 2016. While she is cautious about revealing too many details about her relationship, Jones have previously talked about her happiness with her partner.

"We're engaged. Not talking about it," she tells Us Weekly soon after the engagement. "He's wonderful. I'm happy and that's all anybody outside of my family needs to know."

According to Chicago Tribune, Lugo used to work as a Cook County assistant state's attorney until he was laid off with 16 other prosecutors following budget cuts to his office. He has since joined Fathers' Rights Attorney Jeffrey M. Leving's Legal Team, a firm that is dedicated to rescuing children and reuniting them with their fathers.

Lugo is father to a 12-year-old son named Jake. He is divorced.

Like her new husband, Jones has also been previously married. She and investment banker Al Reynolds split up after almost four years of marriage. 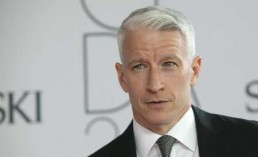 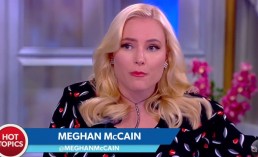 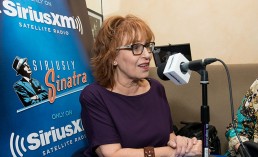