Moreover, the skit brought back Meet the Parents feels, as the scenes became all too familiar for fans of the 2000 comedy film that starred De Niro and Stiller as in-laws. Now, they brought their A-game in SNL as they played the counsel to the ongoing Russia investigation case and as the United States president's lawyer.

The scene started when Stiller went into an interrogation room after a skit with Beck Bennett and Kate McKinnon. Much to the audience's delight, De Niro was awaiting there, who immediately strapped the 52-year-old Zoolander actor in his chair.

Wait a minute, the scene was ultimately reminiscent of a Meet the Parents scene. De Niro then started to ask Stiller, aka Cohen, some questions, starting with his name and his profession. Alluding to the controversies that had engulfed Donald Trump the past few weeks, the interrogator asked if he had given $130,000 as payment for Stormy Daniels, an adult entertainment actress.

Stiller answered yes, but when asked if the president knew about what he did, he gave a sly "no." However, the lie detector machine made a loud sound, meaning he was downright lying.

"It was a surprise for Stormy — like a gift ... like a rock you throw through a window with a note tied to it that says 'stop talking'" Stiller explained to redeem himself after the lie.

After which, Stiller said he milks information from people. He added anything can be milked as long as it has nipples, a major homage to Meet the Parents.

"Really? I have nipples. Can you milk me, Mr. Cohen?" De Niro said, igniting laughter from the crowd.

The latest SNL skit took a swing at the controversies currently surrounding the Trump administration. It was in January when Daniels unleashed her full account of her alleged affair with Trump that started in 2006, long before the mogul even had the eye for the White House.

The president denied having an affair with the Knocked Up actress. However, it was just in November when news broke out that Cohen allegedly paid Daniels $130,000 to keep quiet on the matter. 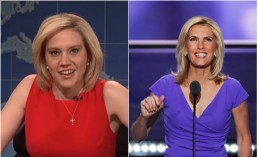 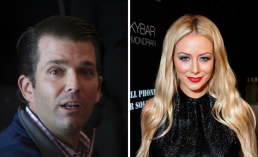 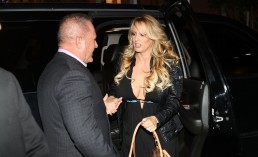