Sandra Bullock's stalker died of self-inflicted causes after getting into an altercation with the police in his Los Angeles home.

The 42-year-old man, identified as James Corbett, was found dead inside his residence following an hours-long standoff with the Los Angeles Police Department and SWAT.

According to a report from ABC7, the LAPD fugitive warrant team arrived at the convicted stalker's residence in the 2400 block of Harmony Place at 6:45 a.m. on Wednesday, May 2. They showed up to serve a warrant to Corbett.

In response, the suspect reportedly barricaded himself inside the house and threatened violence against the officers, prompting the arrival of the SWAT team.

"The SWAT team was sent due to the suspect's threat of violence to police," LAPD officer Drake Madison says in a statement on CBS Los Angeles.

It was while he was barricaded inside the house that he died of self-inflicted wound. Law enforcement officials did not specify the exact cause of death, although ABC 7 says they were told there were no gunshots fired during the standoff.

TMZ reports that Corbett died of a self-inflicted gunshot wound.

The details of the warrant being served to Corbett have not been disclosed, but Corbett was reportedly a no-show at a progress report hearing in his criminal case. Due to his absence, his probation was revoked and a warrant issued for his arrest.

Corbett was convicted for stalking the actress and breaking into her West Los Angeles residence back in June 2014. He was sentenced to five years of probation and treatment at a mental health facility.

At the time, officers said that Corbett allegedly intended to sexually assault the actress, He was also reportedly in possession of two dozen illegal weapons and ammunition at home.

In June of 2017, TMZ reported that Bullock's stalker has been released from the mental health facility. In response to the actress' appeal to turn her temporary restraining order into a permanent one, the judge signed off and ensured Corbett has to keep 200 yards away from Bullock until June 2022.

NBC 4 reached out to the Ocean's 8 star's lawyer for comment on Corbett's death and was told he was unaware of the events.

Her stalker — whether his release or his death — changes nothing for Bullock's continuously blossoming career. The Oscar-winning actress is the lead in Ocean's 8, an all-female reboot of the storied franchise starring some of Tinseltown's most famous females.

Much of the film is shrouded in secrecy, but Bullock lets a few behind-the-scenes secrets slip in an interview for the next issue of InStyle.

When asked about anecdotes about the star-studded cast, she talks about a costar's strange feline qualities.

"For some reason what's coming to mind is that Helena Bonham Carter was like a cat," Bullock says. "I could take the laser pointer, and just at random moments I would point the laser pointer on the floor and she would jump out of the chair and follow it like a human cat."

Meanwhile, another costar is trying to mimic another's vocal chops.

Ocean's 8 airs in theaters on June 8. 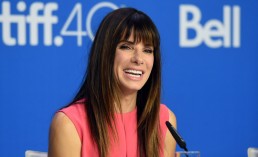 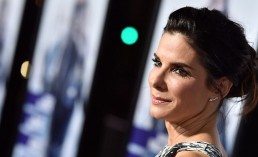 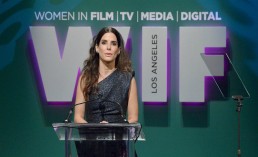