A Utah teen has sparked a worldwide debate after she decided to wear a qipao, a traditional Chinese dress, to her school prom.

The teen, Keziah Daum, uploaded a photo of her and her friends but little did she know that it would cause quite a stir as it was received with a lot of criticisms that dubbed her action as "racist." One Twitter user, Jeremy Lam, opened the door of controversy when he commented something that has since gone viral.

"My culture is NOT your goddamn prom dress," Lam wrote.

The debate went on with some agreeing with him, while some defended the Utah teen. The short but punching tweet certainly gained popularity, earning almost 42,000 retweets and more than 178,000 likes as of writing.

Daum, for her part, weighed in on the controversy and aired her explanation. She said her wearing of qipao was not at all to disrespect the Chinese, but to show how she appreciates their rich culture. While the Utah teen clarified that she understood cultural insensitivity and inappropriateness, she pointed out that her intentions were far from those.

The photo of Daum and her friends posing was deemed as racist. For this, she said they were just mimicking a popular gesture done by Ethan Klein, a YouTuber, who expressed his support for the Utah teen.

While Lam may have received backlash as well for his remark, he defended it by underlining how he values his culture and that "...for it to simply be subject to American consumerism and cater to a white audience, is parallel to colonial ideology."

Support From The Chinese

However, as much as he criticized the Utah teen, ChinaDaily noted that most Chinese were actually in support of Daum, as seen in social media Weibo. Many complimented the girl and even brushed off hints of cultural inappropriateness issue.

Another one made a request for people to inform Daum that she looked beautiful in the dress. User Xiaoxiongnaicha said that they were very proud to share Chinese fashion.

A YouTuber, Winston Sterzel, meanwhile, took the initiative to ask around a street in China to get their sentiments when it comes to foreigners wearing the qipao. The feedback were generally nice and most of the interviewees said it was OK.

The Utah teen at the center of this cultural controversy admitted she wasn't aware that her qipao would become such a huge, worldwide issue. Apparently, she found the dress at a vintage shop.

What caught the Daum's eye was how beautiful and unique the qipao was. Add to that, it has "a modest neckline." 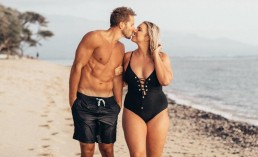 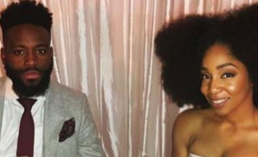 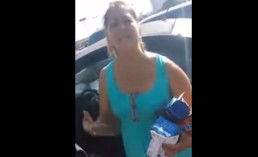