Kanye West has found himself on the verge of losing his Yeezy nickname. A Chinese company is vying for rights to the title.

A Chinese company filed legal documents to stake a claim for the brand name made popular by the rapper and businessman.

The company is looking to trademark Yeezy. West's company owned the name for its footwear line since 2013. However, last year, they abandoned the title for all other clothing items aside from shoes.

It's unclear why they did not file an extension request at the time, but for whatever reason, Yeezy is now up for grabs.

The Chinese company, Fujian Baby Network Technology Co., grabbed the opportunity and immediately filed the trademark paperwork for "Yeezy Boost" for its own clothing products.

West's company subsequently refiled its application for Yeezy clothing. However, the trademark office confirmed the Chinese company now has dibs on the title.

Although the sneakers are probably safe, if West wishes to branch out and mark other clothing items with the Yeezy stamp, he might have a serious legal battle on his hands.

Earlier this month, there was widespread fan speculation that Yeezy Season 7 would only include footwear, as opposed to apparel or accessories.

"It was an unexpected meeting explaining that there won't be any apparel or accessories for SEASON 7 as Kanye West couldn't do what he wanted to achieve with this collection," one of their tweets read.

However, West's wife, Kim Kardashian-West, who had already been spotted in pieces purporting to be from Yeezy Season 7, shot the report down as patently false.

"How can a verified account represent Yeezy with false information. You do NOT work for Yeezy and NOT affiliated. How are you gonna believe an account that posts fake color way," she tweeted in response.

The stress of re-trademarking his own brand is the last thing West needs right now. He and Kardashian-West recently welcomed baby daughter Chicago West by surrogate at the beginning of the year.

There's been some talk of the couple's plans of possibly having a fourth child and even suggestions that their marriage may be in trouble following West's supposed absence as a father.

The trademark dispute is just another stressful addition to the couple's already chaotic life. 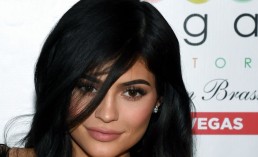 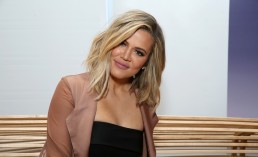 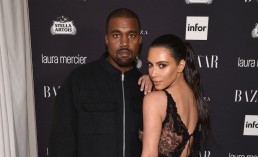