Khloe Kardashian is standing by her man, Tristan Thompson, even after his cheating scandal broke out. She was seen at the basketball game in Cleveland on Saturday.

It seemed that the reality star is choosing to let Thompson's cheating scandal go as she makes her support for him public, as evident on Saturday's game of Cleveland Cavaliers against the Toronto Raptors. Escorted by security, Kardashian made sure she's there to witness the game of her baby daddy and she can be touted as the lucky charm of the 27-year-old basketball player as his team won (105-103).

Kardashian has been keeping mum and maintaining a low profile since Thompson's cheating scandal made rounds on the internet, and now, it looks like she's showing that they have chosen to mend their relationship. Photos surfacing showed the 33-year-old wearing a leopard print outfit that ultimately screamed for attention.

Judging by that, it only meant she's not hiding her presence there, sans the oversized sunnies she was wearing. She's not only there to witness the game of her husband, the mom was there to be the low-key cheerer of Thompson, as sources claim.

"Khloe was at the game with a group of people. She was cheering, [doing] a lot of clapping, but she never stood to cheer," an eyewitness revealed.

Furthermore, Kardashian was noted to be attentive to the game and only used her phone during breaks, so basically she was pretty into the game the whole time. Furthermore, she interacted with her fans present during Thompson's game, which goes to show she's not shying away anymore from the public at the wake of Thompson's cheating scandal.

The news came just days after Kardashian and Thompson came out together for their first appearance post the latter's cheating scandal. The couple was spotted in TownHall restaurant in Cleveland grabbing lunch with friends.

Onlookers notice they were chatting and smiling during the lunch, so speculations that Kardashian has forgiven Thompson only grew louder. The recent news also strongly supports the news that the Good American jeans owner is choosing to focus on her family, particularly her newborn daughter, True.

Furthermore, Kardashian's Cleveland basketball game appearance seemed to push for the news that she isn't minding her clan's concern that Thompson will not change for the better. A source claimed the Keeping Up With The Kardashian star is "firm" with her baby daddy.

The cheating scandal broke out two days before Kardashian gave birth to True. Photos and a clip showed Thompson being with several women when his partner was still pregnant. 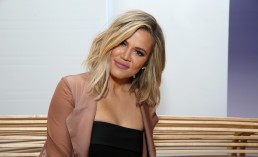 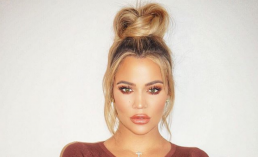