Police are investigating the disappearance of the first Iron Man suit that Robert Downey Jr. wore in the 2008 film, which according to authorities may have been stolen.

According to the Los Angeles Police Department, The Movie Prop Storage reported the maroon and gold suit was taken sometime between February and April 25 of this year. Authorities revealed that it was reported missing by the storage facility and ruled out its disappearance as a burglary.

Someone from the facility filed a report with the Los Angeles Police Department (LAPD) only recently on Tuesday. Officer Christopher No, a spokesman for the LAPD, said that employees at the Pacoima warehouse "just happened to check" on the suit and discovered it missing from its storage.

The Iron Man suit was kept at a prop storage warehouse in the 13000 block of Weidner Street. It is unclear who reported the suit missing. A spokeswoman for the LAPD also refused to reveal the owner of the warehouse. Thankfully, no other items from the facility were missing.

Marvel Studios has also forwarded concerns about the missing Iron Man suit to Walt Disney Studios. Disney has yet to respond to requests for comments.

The first Iron Man suit fetches for a hefty price. It is estimated to be worth $325,000. The Foothill Division of the LAPD is on top of the investigation.

Downey Jr. wore the suit in the Marvel superhero film that paved way for the Marvel Cinematic Universe. The actor has since updated his suit in the years since he first portrayed the role of Tony Stark aka Iron Man on the big screen, so it would make sense to keep his first suit in storage. He recently wore an updated armor in Avengers: Infinity War. Downey Jr. paid homage to the character's iconic comicbook suit by rocking Iron Man's Bleeding Edge Armor.

This is not the first time that the LAPD investigated cases of theft of valued comicbook mementos. In 2001, original copies of the Detective Comics No. 27 and the Action Comics No. 1, which marked the debut appearance of Batman and Superman, respectively, also disappeared from actor Nicholas Cage's West Los Angeles home.

Authorities later found the Superman comic, which was at the time valued at $1.5 million, in a San Fernando Valley storage locker in April 2011. The Batman comic was not recovered and no one was arrested in the thefts.

Aside from the first Iron Man suit, there was also an attempt to steal some of the Avengers' supplies and weapons. The attempt was a play at the plot point in the 2017 film Spider-Man: Homecoming. 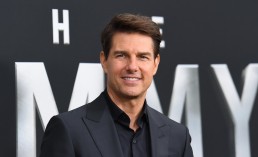 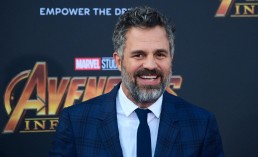 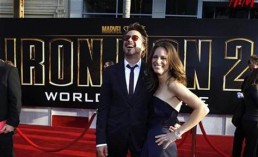