Shailene Woodley understands the meaning of suffering for her art. The actress reveals she survived on a paltry amount of calories for her latest movie.

The 26-year-old opened up to The Times about how deep she went to play real-life sailor Tami Oldham in Adrift.

The young woman found herself stranded at sea after she and her fiancé got caught in a storm while on a death-defying adventure.

To capture the look of someone who had been stuck out there with nothing to eat, Woodley had to go on an insanely restrictive diet.

"For the last two weeks I had a can of salmon, some steamed broccoli and two egg yolks every day -- 350 calories," she explained in the interview.

Rather than make some grand declaration about her art and what it meant to make this sacrifice for the character, the Big Little Lies star was honest about how difficult it was for her.

"It was f*****g miserable," she stated plainly, before going on to explain that some nights she would drink a glass of wine just to quell the hunger pains enough so she could fall asleep.

Bonding Over Their Experience

Adrift, which is showing in theaters now, is based on the true story of Oldham and her fiancé Robert, played by Hunger Games actor Sam Claflin.

The two embarked on an exciting sailing trip from Tahiti to San Diego but encountered a hurricane along the way which destroys their boat and leaves them stranded. With Robert badly injured, Oldham is tasked with getting them to safety.

Claflin told PEOPLE that he and Woodley were understandably very seasick while shooting the movie, but that it became a weird kind of bonding experience for the two of them.

"We were holding each other's hair back. It was the best way to kind of get to know someone. When you see someone with sick around their mouth, it's bizarrely a great opportunity to break the ice," he joked.

Woodley has previously revealed how Clafin's can-do attitude on the set inspired her to keep pushing forward, alongside their exhausted crew.

She stepped out with real-life boyfriend Ben Volavola for the film's premiere on May 23, marking their very first red carpet appearance as a couple.

Claflin, meanwhile, went to the event without his wife, Laura Haddock. The actress just gave birth to their second child earlier this year. 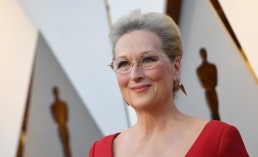 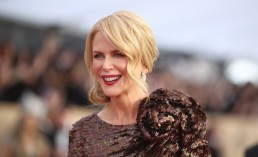 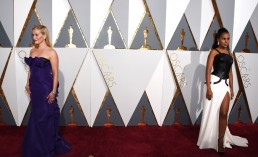