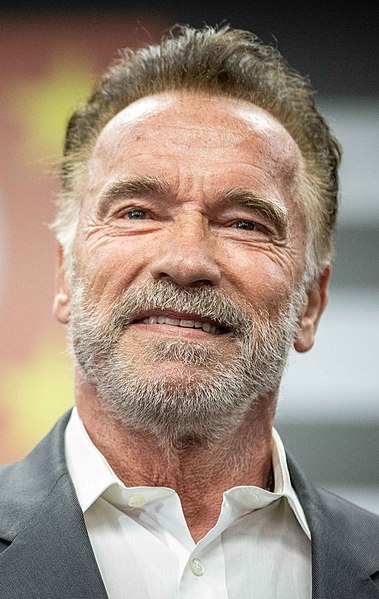 Arnold Schwarzenegger is open to the possibility of working with his son-in-law Chris Pratt.

The "Terminator: Dark Fate" star told Entertainment Tonight that he respects the "Guardians of the Galaxy" actor so much. Moreover, while they haven't really talked about a possible collaboration in a movie yet, the door is always open for them to do it.

"I think he's a very dedicated actor and he trains really hard, he's in a good shape physically, and he's talented. But besides all of that, he's great with my daughter, and that's the most important part," said the 72-year-old actor.

Pratt, 40, married Schwarzenegger's eldest daughter, Kristine, after a year of relationship. Schwarzenegger has no problem with his son-in-law, generously describing him as a real kind person and terrific husband. He is, indeed, an obvious fan of his daughter's marriage.

Schwarzenegger's comments came after Kristine, his daughter with journalist Maria Shiver, said that life without Pratt helping her through her daily struggles would be more manic and stressful.

The 29-year-old author previously explained that there are different things in life that could help us to cope with our stress. For her part, being with her husband is very calming to her.

The couple was married June of the current year in what Pratt called to be an "intimate, moving and emotional" ceremony. They began dating in the summer of 2018 and was engaged in January.

Pratt announced their marriage with an Instagram post, saying they were married "in front of God, our families and those we love."

It was Pratt's second marriage, the first being with actress Anna Faris with whom he got divorced after nearly nine years of marriage. They have a son, Jack, who is currently seven years of age.

Schwarzenegger is also excited for the latest installment of the "Terminator" franchise. Serving as the sequel to the 1991 action classic "Terminator 2: Judgment Day," the film marks the return of Linda Hamilton's iconic hero, Sarah Connor.

Arnold Schwarzenegger is open to the possibility of working with his Chris Pratt. (Governo do Estado de São Paulo)