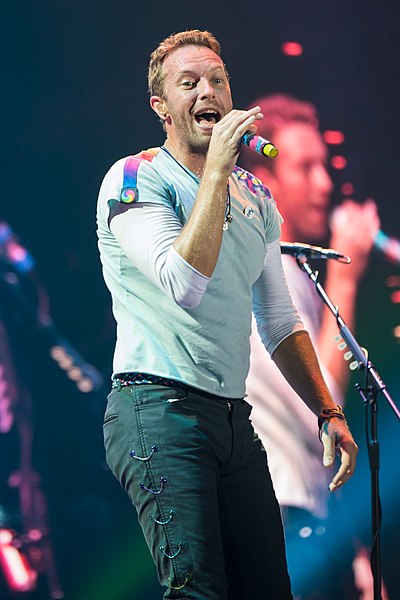 The young Chris Martin had to deal with much worse in boarding school. In fact, his bouts with the school bullies had made him rethink his outlook on sexuality.

In his most recent interview with "The Rolling Stone," the 42-year-old Coldplay frontman opened up the terrible time he had to deal with as a teenager. At that time, he was trying to discover his sexuality while grappling with religious and societal pressure.

What made it worse was that he was dealing with his own internalized homophobia. Back then, being "gay" was always seen as a mistake.

Discovering Who He Was

Chris Martin admitted that when he was younger, he was somewhat a homophobe. He recalled telling himself that if he was gay, he was completely "f--ed for eternity."

"The Scientist" singer said that he grew up feeling afraid of what he could be. "Maybe I'm gay, maybe I'm this, Maybe I'm that. I can't be this, Martin said.

Martin admitted feeling very afraid of what he could be. He was a teenager trying to figure out his sexuality. It was a lot to take at that time, considering all the religious approaches to homosexuality.\

Moreover, the bullying only made things worse. Martin added that things can be quite brutal until one realizes that everyone else around him was going through the same thing.

The harassment came on a daily basis. His so-called "hardcore" classmates would tell him "You're definitely gay." It lasted for years. The bullies aggressively told the young Chris that he was gay until it felt weird.

Chris Martin, who grew up in a religious household, has always thought that being "gay" was wrong. He was worried that his possible sexuality was what would lead him to be condemned. And then, a day came when he was thinking to himself and realized that nothing that others say really mattered.

"All of it just stopped," he said. "It was all interesting."

Things have changed a lot since Martin liberated himself from the religious assumptions on homosexuality. Although he could not pin down to what made him see things from a different light, he attributes such a change of perspective to his exposure to the world.

The singer recognizes that most of his real-life heroes are gay and it did not really matter what their sexual preference was. He noted that his role models -- including Elton John -- helped ease the pressure. With this newfound acceptance came a renewed sense of faith.

Martin admitted that he does not subscribe to a particular belief or religious organization. He also said that that there is no religion that could really embody what he believes in.

Chris Martin may have had to deal with the tough bullies when he was younger, but they all made him the tough person that he is today.