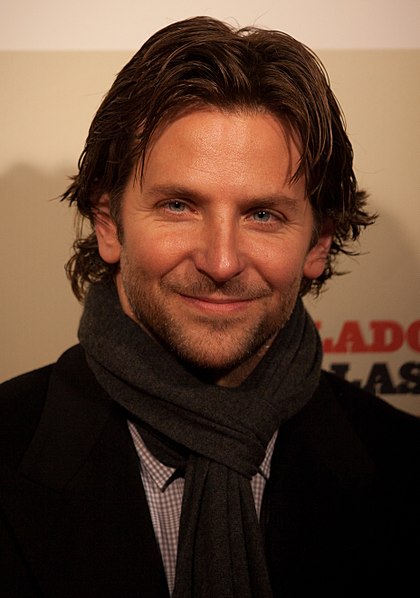 Kobe Bryant's tragic death and Billie Eilish's Grammys victory are not the only news that blew up social media platforms on Sunday. Twitter users are also bombarded with a clip of Bradley Cooper allegedly peeing his pants while on stage.

In the video, the 45-year-old actor could be seen wearing a matching khaki suit standing beside Lady Gaga, who is delivering her acceptance speech while holding a trophy.

"So blessed to be in the company of such wonderful musicians. This is a dream come true, and all I can say is believe in yourself and don't give up because there's a spot on the stage for you. Good night," Lady Gaga said.

Bradley Cooper is acting strangely on the side, and before Lady Gaga could even finish her sentence, Bradley could be heard moaning as his pants start to get wet in the front part.

"Oh, sh*t!" Oh f*ck!" Bradley could be heard saying after realizing he actually peed on his pants.

Lady Gaga, who is wearing an off-shoulder yellow-gold gown, uses her dress' train to cover Bradley's mess as they walk out of the stage.

The said video Tweet is posted with a caption: "BREAKING: Bradley Cooper just PEED himself at the #GRAMMYS."

Twitter user Kev, with a handler @kubr1cks, uploaded the said video which now has over two million views and 20,600 retweets or shares.

The now-viral video left people wondering if the Hollywood actor indeed peed himself during the most prestigious awards night in the music industry.

First, Is It Possible?

Well, according to Mayo Clinic, urinary incontinence or the loss of bladder control can be caused by different factors such as the strong urge to urinate but no available toilet, aging, food, drinks and medication, which can be stimulating the bladder.

So did Bradley Cooper really peed himself while receiving an award with Lady Gaga? Well, it could be recalled that Cooper and Gaga co-starred in the film "A Star Is Born" back in October 2018.

Although the said movie gained multiple nominations in the 2020 Annual Grammy Awards, the lead actors are missing in action during the ceremony at Staples Center on Sunday.

According to TMZ, Lady Gaga missed the Grammys due to prior Super Bowl commitments, while Cooper's reason is unknown.

So to answer the speculation, no, Cooper did not pee on his pants during the Grammys, and the viral video was just an excerpt from their award-winning movie "A Star Is Born."

im being held accountable of bradley cooper’s hypothetical suicide because of my tweet i hate this app — kev. (@kubr1cks) January 27, 2020

The Twitter user received numerous backlash after posting such a controversial video and even being held accountable for the actor's "hypothetical suicide" because of the video.

Kev, whose Twitter profile reads" "low budget Patrick Bateman" (lead character from the novel turned movie, "American Psycho"), is taking the backlash lightly and even said: "the amount of 'you're dumb!' and 'watch more movies' comments I woke up to is so funny to me,"

READ MORE: Brad Pitt, Jennifer Aniston No Regrets Over' Reconciliation Photo' -- 'They Love Each Other!'