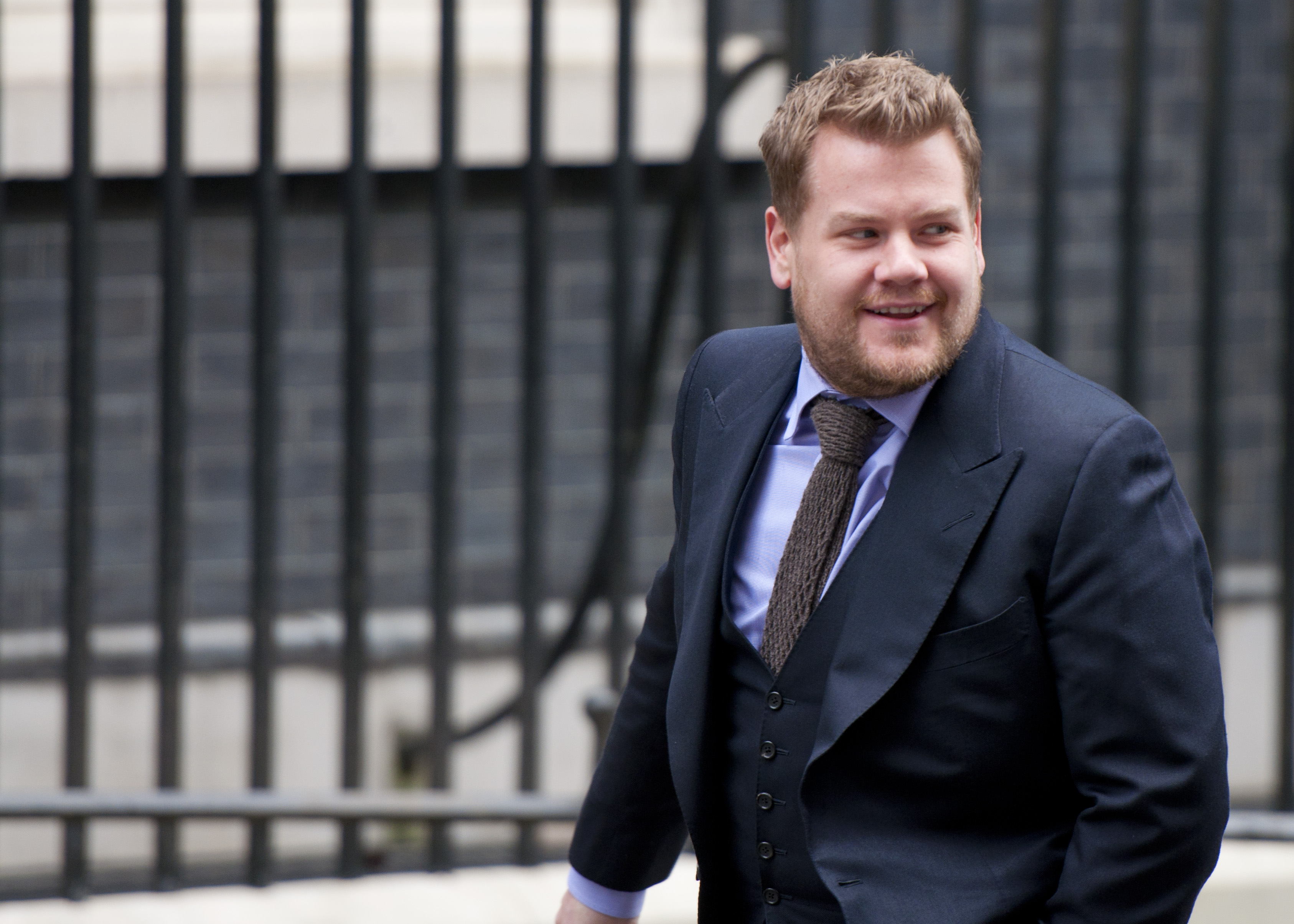 "Late Late Show" host James Corden has responded to the "very serious allegations" that he does not actually drive the car during the TV show's infamous Carpool Karaoke segment.

A week ago, a fan snapped the CBS team in action and posted a video on Twitter that showed Corden's Range Rover on extra wheels being pulled by another large truck, with the 41-year-old host pretending to drive it.

Twitter user @zolihonig posted the video with the caption: "Saw James Corden and Justin Bieber filming carpool karaoke, and this is why I have trust issues. He isn't even driving!"

The videowhich has now gone viral has led to mass outrage - -or a "scandal" according to the late-night host's words -- on social media. Many are pointing their fingers in anger towards the host for "deceiving" them for years, while others even labeled him a "phony."

According to the "Late Late Night" publicist, Corden does actually drive the car but "on the rare occasion when there is a stunt component and producers feel it is unsafe to drive, and we will use a rig (tow.)"

On Wednesday, Corden issued a tongue-in-cheek response on his show.

Corden wanted to get ahead of everything and addressed the rumors, saying that "these accusations are not true."

Corden was shocked that the video garnered millions of views that it even has more than the number of views on some of his Carpool Karaoke videos on YouTube.

Some media outlets even run pieces on the "fraud," saying it is the "worst lie since Santa."

"Ninety-five percent of the time, I really am endangering the lives of the world's biggest pop stars, it's TV, and sometimes, we do stuff just for the sake of entertainment. I know this looks bad," Corden explained before saying that he is always driving the car unless they are doing something where they think "it might not be safe."

Corden, however, admitted that the car had been towed on rare occasions where he and his celebrity guests would engage in some stunts, such as a dance routine or a costume change (and if he's drunk, he quipped).

The host added that while he hates to be the bearer of even "more bad news," he does not actually "need them to help him get to work" since most of the time, he is already at work.

The 41-year-old host and comedian also mentioned that what he is doing on TV is for entertainment, and everything is not real. Corden even said that the show does not tape after midnight and instead tape at 5:00 p.m and pretend that it is late.

He also revealed that he has never "once in the history of doing that bit ever used the carpool lane.

For transparency purposes, Corden did provide a list of every "Carpool Karaoke" where he used a tow, which includes Justin Bieber, Chance the Rapper, Cardi B, Meghan Trainor, and a definitive list of every real Carpool Karaoke including Lady Gaga, Britney Spears, Selena Gomez, Adele, Mariah Carey, Michelle Obama, Demi Lovato, Nick Jonas and Jennifer Hudson.