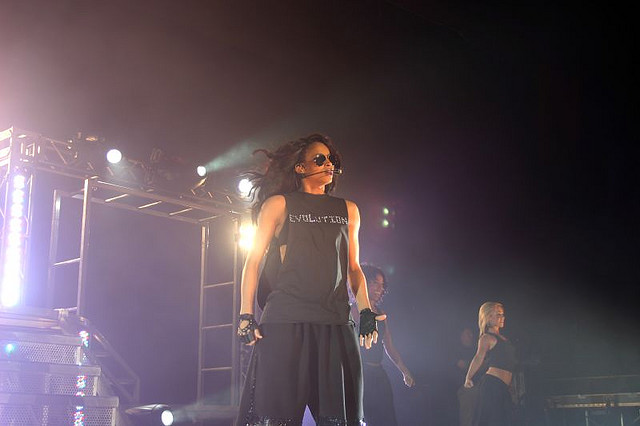 Ciara is excited to tell everyone the good news: Baby No.3 is coming!

The 34-year-old singer, songwriter and model -- looking happy and content -- revealed her baby bump in a photo taken by her husband, NFL quarterback Russell Wilson.

The proud parents are expecting again, and they were proud to share the news through their Instagram page.

The singer was clad in a sexy bikini that revealed her baby bump. Along with the snap, Ciara wrote "Baby Number 3." She then gave credit to her husband for taking the photo.

Wilson also had his version of the photo posted on his Instagram account. However, it was a selfie while his singer-wife was in the background.

A source close to the couple said that they are very happy about the new addition to their family. "They're so excited to expand their family," the source added.

The couple is currently out of the country for a vacation in Turks and Caicos with their two children. Wilson was very proud to share the family moment they had while on vacation on his Instagram stories.

Wilson and Ciara celebrated their third wedding anniversary over the summer. They got married in England in July 2016.

The couple welcomed their first child Sienna Princess in April 2017. Ciara, on the other hand, is already a mom to son Future Zahir, 5, from her ex-boyfriend rapper Future.

Ciara may have found a new love in Russell, but her past with rapper Future is not that far behind. The singer shares custody of their son Future Zahir Wilburn with her ex Future. The two had been in court for over a month trying to find a suitable settlement.

On Jada Pinkett Smith's Red Table Talk on Facebook Watch, Ciara opened up about finding love again. When she broke off her engagement to the rapper, she thought it would be impossible for her to love again. But things changed when she met Wilson.

In the beginning, dating a single mom like Ciara was intimidating for Wilson. They met when her son was only 10 months old. What surprised the "Like A Boy" hitmaker was that everything else after that came smoothly.

Ciara was starting to pick the pieces of herself back together and Russell was there to help her see things through.

"It was different. I never had that kind of feeling in my life," she said, describing how it felt when she started going out with Wilson. "It was just calm. It's a different level of love."

The exciting news about her pregnancy came ahead of her scheduled performance at Rolling Stone's Super Bowl concert in Miami on Saturday.

The "Level Up" artist is set to join DJ Khaled on a performance. Paris Hilton will be sharing the stage with her at the SLS South Beach.

The fans and friends of the singer are excited about their new baby. Everyone's happy about the good news.