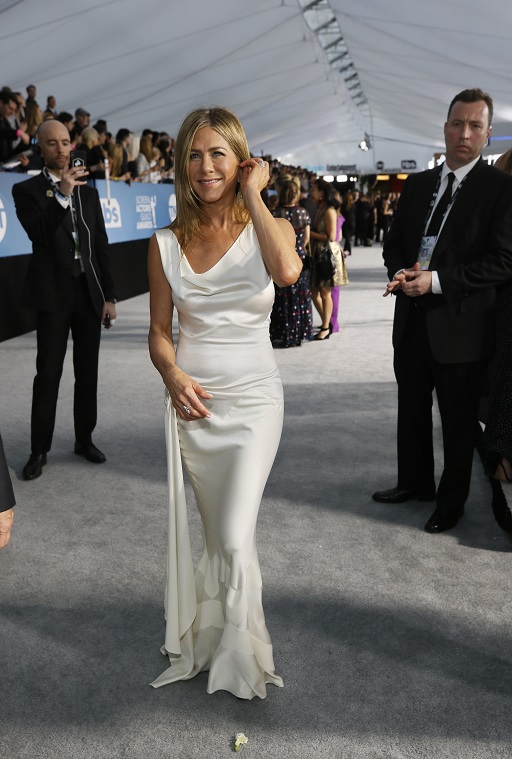 Jennifer Aniston and Sandra Bullock were two of the most sought after leading ladies in the 90s. With that said, they never had the chance to meet each other until they were linked with the same man.

From just knowing each other's names as fellow actors, the two have certainly went through a lot as they grew to become really good friends. However, it would not have happened without Donovan Tate -- the guy whom the two lovely ladies used to date back then.

Obviously, they have kept their friendship over the years. Now, in a story at Interview Magazine, the two reminisced how they met and their relationship with Tate.

"You and I have a completely different memory of how it was back then," Bullock said when discussing how she met Jenn.

"I'm trying to remember the year of the Golden Globes at that little restaurant," Aniston responded.

"Yes and we were introduced by our former boyfriend," Bullock said. The "Miss Congeniality" actress emphasized that she really meant to use "our" to refer to the ex-boyfriend they both dated. "Because the two of us partook of this one human being," the actress joked.

Aniston agreed and said, "That's a beautiful way of saying it."

The actresses were referring to their ex-boyfriend Tate Donovan. They both dated him in the 90s, though it is worth clarifying that the actor did not date the two of them at the same time.

The two have nothing but good words for the actor. Bullock described him as a very patient man considering that he dated the two of them.

"He seemed to have grown a type," Aniston added. Bullock, meanwhile, described Donovan as someone talented, funny, kind, introspective and generous.

"Lovers of Architecture, lovers of interior design," Aniston continued, referring to what Donovan was into.

While Donovan was dating Jennifer Aniston, he appeared in five episodes of "Friends" as Rachel's boyfriend. However, his character was later written off when the news of their split came out.

Both Aniston and Bullock agreed that the time they spent with Donovan was one for the books. Though he dated them at different times, he was the reason why the two Hollywood actresses met and eventually became good friends.

The two actresses have remained good friends over the years and they have their ex-boyfriend to thank for that. Now, they are working on living a pretty good life ahead.

During the interview, Bullock was asked to give her first impression of Aniston and compare it to the character in her series "Friends" that people have come to know and love. The actress shared that it was Aniston's childhood that made her significantly strong.

When Bullock asked what kept Aniston buoyant, the actress explained that she wanted her adult life to be radically different from that of her childhood.

"I think that it comes from growing up in a household that was destabilized and felt unsafe, watching adults being unkind to each other, and witnessing certain things about human behavior that made me think: "I don't want to do that. I don't want to be that. I don't want to experience this feeling I'm having in my body right now. I don't want anyone else that I ever come in contact with ever to feel that," Aniston explained.

Aniston then reiterated his positive outlook, emphasizing the old adage that when life gives you lemons, make lemonades!

READ MORE: Justin Theroux Speaks of Jennifer Aniston After 2 Years Because of This