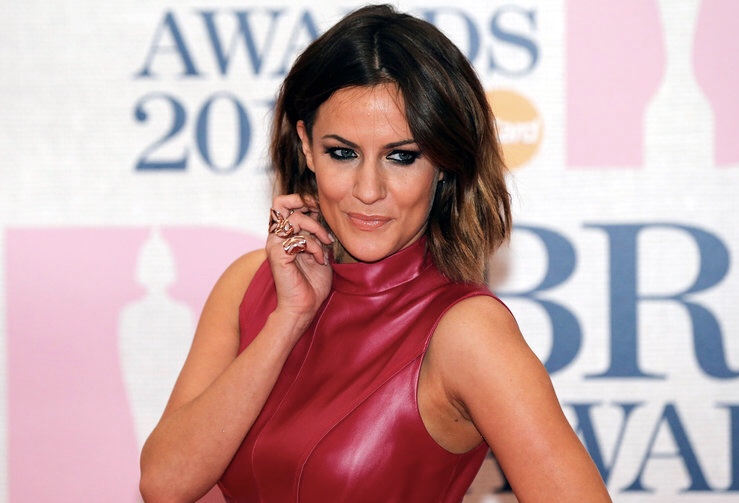 Hours before her death, Caroline Flack was still able to share a heartbreaking message to his ex Danny Cipriani.

Now, Cipriani finally shared it to the world.

Cipriani took his emotions and heartbreak on Instagram by posting an 18-minute long video days after Flack's death.

In the said post, he revealed his battle with depression and unveiled that he received a text message and a series of voice messages from the former "Love Island" host.

The 32-year-old England rugby union star said that Flack texted him and said "she had to plead guilty" on the accusations of assault against her.

"She text me on Friday and said she had to plead guilty, and I had a game," Cipriani said. "Which again, is another story, another distraction - everything is a distraction until we actually understand that love and healing and coming together is what we need to do."

Aside from the text message she sent before she was found dead at her home in London, the 40-year-old TV presenter also tried calling the Gloucester fly-half. However, he was unable to respond since he was in the middle of the mat.

He promised his 261,000 followers that he would be posting and sharing the aforementioned voice messages of Flack because he believed that "people need to hear it."

"Because she has given me that I am sharing it with you," Cipriani went on.

Flack's sudden passing came after she was scheduled to stand trial next month for allegedly assaulting her boyfriend Lewis Burton last December 2019.

The allegations caused her to step down from her hosting gig at the first-ever winter series of the reality show "Love Island."

What Does Cipriani Think About Flack, Depression?

The sports superstar found the courage to open up about his struggles with "severe depression" after the Flack's suicide prompted him to do so.

During their short-lived relationship, Flack made him feel okay about his past embarrassments and shames. However, "it was ultimately embarrassment and shame" that killed her in the end.

"So I'm telling everyone now what my most embarrassing and shameful moments are because I know she knew I had the strength to do this - and we had spoken about how things had to change," Cipriani uttered.

Sharing what he learned about his Caroline's death, he urged his fans to be kind with one another and reminded them that embarrassment and shame should not be anyone's reason to do "it."

The video now has 663,000 likes and 11,400 comments, with fans largely applauding him for speaking up his feelings.

As soon as the Instagram update went viral, the rugby player also received kind notes from his fans.

"My hero your the reason I have the amount of self confidence I do today," one fan said.

Another one commented, "Danny, you found me walking down a drive way crying , hugged me and said you would look after my daughter in England. And you did! You are so full of kindness, love and truth. So rare. Thank you for spreading your truth. And such an important message. The Cawley family love you."

Cipriano truly opened people's hearts and minds about mental health through his video, and hopefully, it will spark change.