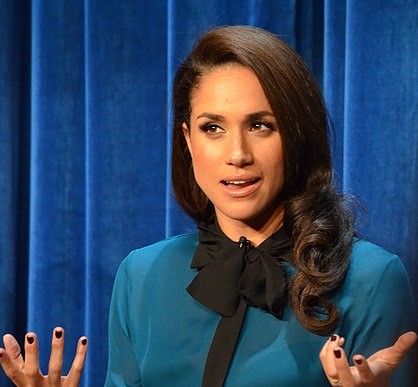 Will Meghan Markle lose her court case? Her own half-brother thinks so, and asserts that their father, Thomas Markle Sr. will surely "win."

According to claims reportedly made by Meghan's own sibling no less, the 75-year-old is not worried about the case, ultimately being in the Duchess and Prince Harry's favor. Instead, Thomas Markle Sr. is said to be very confident that he can take the stand to defend his actions properly and tip the case against Meghan's favor.

Thomas Jr. said, "our dad will have no problem winning his case." He added that his father has already prepared everything that will help him at the court. As such, Thomas Markle Sr. is "ready to go, calm and collected."

Meghan Markle's half-brother also said that their dad still has ill-feelings toward Prince Harry. Meghan's dad is said to be upset that Harry never asked him in all formality to wed his daughter.

The Duchess of Sussex has filed a case against Associated Newspapers and the Mail on Sunday because it published a supposedly private letter of hers to her father. It was supposed to be confidential, but the outlet seemed to have overlooked that. Since then, Prince Harry and Meghan Markle somehow appear to be in the crusade to take these media outlets out, accusing them of constantly publishing stuff that is not true or being in on their business when they should not be. It even ultimately climaxed into Prince Harry and Meghan Markle, declaring a zero-engagement policy with four UK tabloids.

The court, however, has recently decided on something that put Meghan Markle at risk of losing her case.

While lawyers for Prince Harry and Meghan Markle are claiming that the letter's publication is a breach of her privacy, the court deemed many accusations made by Markle's party as irrelevant.

Judge Warby struck down her claims that Mail on Sunday, which is under the company Associated Newspapers, was acting dishonestly by printing parts of her letter.

While most legal experts in the UK believe that Markle's case is a lost cause and her brother is sure that their father will be able to take the stand without issues, Meghan's lawyers are pushing on.

"Today's ruling makes very clear that the core elements of this case do not change and will continue to move forward. The Duchess' rights were violated; the legal boundaries around privacy were crossed. As part of this process, the extremes to which The Mail on Sunday used distortive, manipulative, and dishonest tactics to target The Duchess of Sussex have been put on full display," attorneys for Meghan shared to Fox News in an official statement.

Regardless of what will happen with the case, Meghan Markle and her father's estranged relationship might be forever soured.