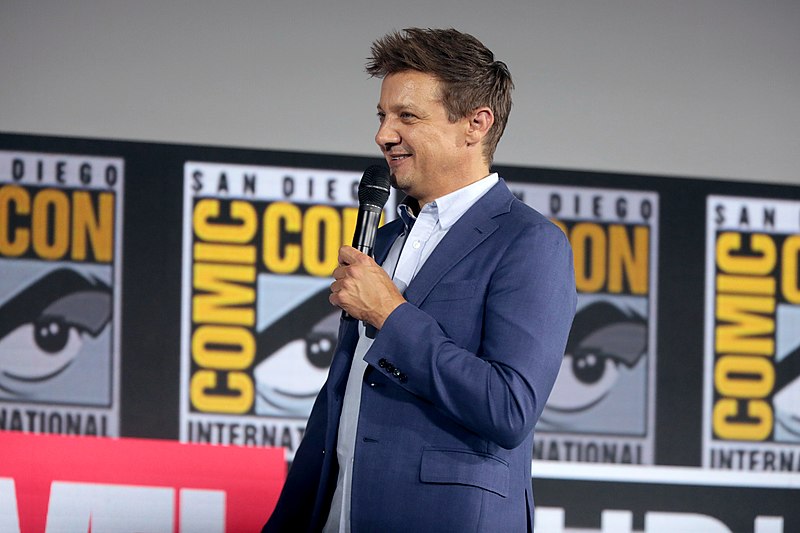 Jeremy Renner once again finds himself in the middle of a big mess. This time, the "Avengers" actor is accusing his ex-wife of stealing.

In the court documents obtained by Us Weekly, the 49-year-old actor claimed that his ex-wife Sonni Pacheco misused the money from their daughter's trust fund. He alleges that Pacheco has taken nearly $50,000 from the account of their 7-year-old daugther Ava in less than two years.

All these allegations were based on the communication exchange between Jeffrey Jacobs, Renner's business manager, and Pacheco. The legal team of the "Bourne Legacy" actor presented a series of these emails in court to prove their claim.

The actor cited several other occasions when money transfers were made from Ava's trust fund to the personal bank account of Pacheco. The documents claimed that Pacheco used the money for her own personal gain, including the payments for her property taxes, legal fees and other expenses that are completely unrelated to the needs of their daughter.

All of these transfers are a clear violation of the court's order. In an email from Jacobs dated April 23, 2019, Pacheco admitted that she transferred funds from the trust account of her daughter to her personal account.

"The money transfers to my bank were to keep my afloat/provide [the minor] Christmas presents/birthday gift bags and essentials for her bday party - after all my savings were spent on lawyers/child custody evaluator," the document reads, referring to Pacheco admitting that she did make money transfers.

"[Pacheco] made the unilateral decision to take funds from the minor's trust account and use them for her own personal gain when she was short on funds."

In the same month, Renner accused Pacheco of taking another $10,000 from Ava's trust fund. In the documents presented in court, Pacheco clarified such withdrawal through an email to Jacobs.

"Please note the number of $10‚701.40 was taken out of this account to pay my property taxes for 6 months," Pacheco allegedly wrote.

Sonni further emphasized that her personal savings were drained to pay for attorney fees. Despite the documents presented in court, Pacheco denied all claims made by the "Hansel and Gretel" actor.

In the same report by Us Weekly, Pacheco expressed her disappointment with all the accusations made by her ex-husband.

"I am sick of being continually bullied, having my name slandered, and the truth muted," she said.

Jeremy Renner and Sonni Pacheco have been caught in a messy custody battle over their daughter Ava. In the lawsuit filed against Renner, the Marvel actor Jeremy Renner allegedly threatened to kill himself and his wife.

In the court documents submitted by Pacheco, she accused Renner of drug use and emotional abuse. However, a representative of Renner told People in October 2019 that the allegations Pacheco made were one-sided.

"It's important to note the dramatizations made in Sonni's declaration are a one-sided account made with a specific goal in mind," the statement from Renner's camp said at the time.

Renner's rep went on to emphasize that Renner's main focus is the well-being and comfort of their daughter Ava.

"The well-being of his daughter Ava has always been and continues to be the primary focus for Jeremy. This is a matter for the court to decide," Renner's lawyer added.

Renner and Pacheco welcomed their daughter in 2013. They got married in January 2014, but Sonni filed for divorce later that year. Since then, the two have been in a nasty custody battle. They have thrown allegations here and there to discredit each other's reputation.