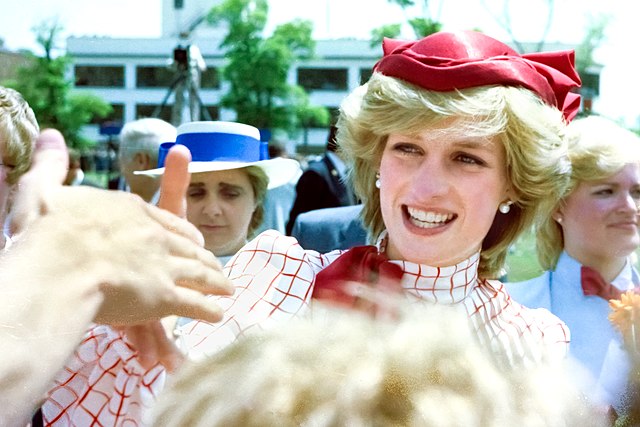 During her 15 years with the royal family, Princess Diana has truly made a remarkable impact not just on the people but on the Buckingham Palace itself. After her tragic death in a car accident in 1997, it is evident that the British monarchy is yet to find a royal with the same charisma as Diana, who was called the "People's Princess."

Despite the popularity of Kate Middleton and Meghan Markle, it seems like they still lack that star factor that Princess Diana brought to the table. While both Duchesses are phenomenal in their own way, it looks like the Palace should look no further in finding their next Princess Diana.

A royal expert said that the Princess of Wales' characteristics could be seen in one of the most underrated members of the royal family, and that would be Princess Eugenie.

The youngest daughter of Prince Andrew to his ex-wife Sarah Ferguson was only 7-years-old when Princess Diana passed away. But since then, the comparison between the young royal and her late-aunt has not stopped.

Speaking to New Idea, royal expert Phil Dampier shared that the 30-year-old Princess' increasing popularity is an indication that she is slowly following Diana's footsteps. He believes that sooner or later, Eugenie could earn herself the title of the new People's Princess.

"Eugenie is very intelligent, very good with people, and puts them at ease," Dampier said.

"Everyone who has worked with her or met her through her charities has always been full of praise for her - they find her very easy to engage with, very friendly and a good listener."

The royal expert suggested that these qualities of Eugenie, which resembled Diana's, will soon help her elevate herself should she choose to step up her philanthropic efforts in and out of the royal family.

Being the granddaughter of Queen Elizabeth II, Princess Eugenie is the 10th in line to the British throne. It only means that she is very unlikely to become a Queen in her lifetime. She is also never considered as a senior royal, so she is able to have quite a normal life while retaining her royal status.

As an adult, Princess Eugenie was able to build her own identity away from the public and media scrutiny.

"Being out in the real world and earning a living might be an advantage because it gives her a different perspective. She's not just going into it without any experiences of real-life problems," Dampier added.

The royal expert also claimed that Eugenie's role in the royal family could be taken to the next level in the coming years, especially after Prince Andrew stepped back from his royal duties.

"With Prince Andrew off the scene, Prince Philip retired, and Harry and Meghan having departed, we're running out of senior royals, so I can see that there could be a bigger role for her," Dampier said.

The royal expert also expressed his belief that Princess Eugenie's major operation at a very young age could help her connect with people and empathize better with those with disabilities and physical problems.