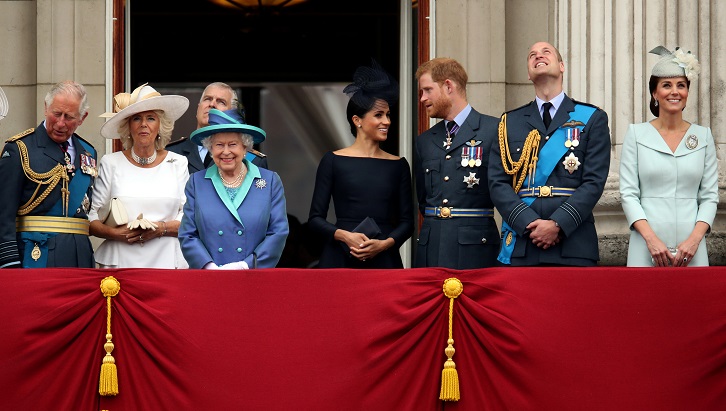 Reports of one member of the British royal family surfaced amid the ongoing movement and protest of Black Lives Matter.

Princess Michael of Kent is christened as the most controversial member of the royal family. She is Queen Elizabeth II's first cousin-in-law.

Princess Michael has earned an ill-famed character for being hating towards people of color.

New reports of her racism have surfaced once again because of a recent testimony by a TV personality and founder of "The Beautiful Body" lifestyle website, Nicole Young.

Nicole Young is a lifestyle expert, and according to her website, she remembered the offensive encounter she had with Princess Michael from way back 2004.

Speaking to the New York Post, the expert detailed the incident and claimed that the Princess had candidly told her to go back "to the colonies."

Nicole said, "I think about it every single day."

She also believes that Princess Michael may be the reason why Meghan Markle didn't want to live at Kensington Palace.

"Can you imagine Meghan Markle having to live next door to that?"

When the original occupants beside Prince William and Kate Middleton's apartments didn't want to budge, namely, the Duke and Duchess of Gloucester, Meghan Markle, and Prince Harry were supposed to take the flats near Princess Michael, as per The Sun.

"The fact that they would have Princess Michael living at Kensington Palace, knowing she's hideous, is outrageous," Nicole told the New York Post.

"And they wanted Meghan to move there? No."

Anyone else remember Princess Michael of Kent’s choice of jewelry when she met Meghan? The nastiness she dealt with came from INSIDE the house too. So glad they are free to pursue what happy means to them. #Meghan pic.twitter.com/vJ577YudOq — ShashiChi (@ShashiChi) January 8, 2020

In 2017, Princess Michael sparked controversy after wearing a Blackamoor brooch. It is a style that displays black people as slaves.

She allegedly wore it at Queen Elizabeth II's annual Christmas lunch where she was about to meet Meghan Markle for the very first time.

When her actions were put in the spotlight, Princess Michael apologized.

Though it already happened 16 years ago, it was when Nicole had an exclusive dinner in the celebrity hangout restaurant, Da Silvano. There were other high-profile people at the event, such as AJ Calloway, Tamera Reynolds and music producer Philmore Anderson.

Seated right next to them was Princess Michael.

Speaking to the New York Post in 2004, Nicole recalled, "We were loud, laughing and carrying on. But it's Da Silvano - it's a boisterous place."

However, Prince Michael was said to be unimpressed and pissed off that a couple of minutes after she arrived, the royal said to have slammed her open palm on the table and demanded the other party to be quiet.

Nicole Young's company was mortified and said to have been shocked at what the woman did, said that it usually happened in a "school classroom," but never in a restaurant.

After that moment, Princess Michael has reportedly requested to move to another table. She then allegedly pumped her fist, saying, "You need to go back to the colonies!"

Nicole explained how furious she felt, sharing, "I got up and went to her table in the back and let her have it. AJ came up behind me and whispered in my ear, 'Don't make yourself the criminal.'"

She then said she will never ever forget that incident and have always reminded herself to always speak up when you know somebody is being rude and disrespectful towards you.