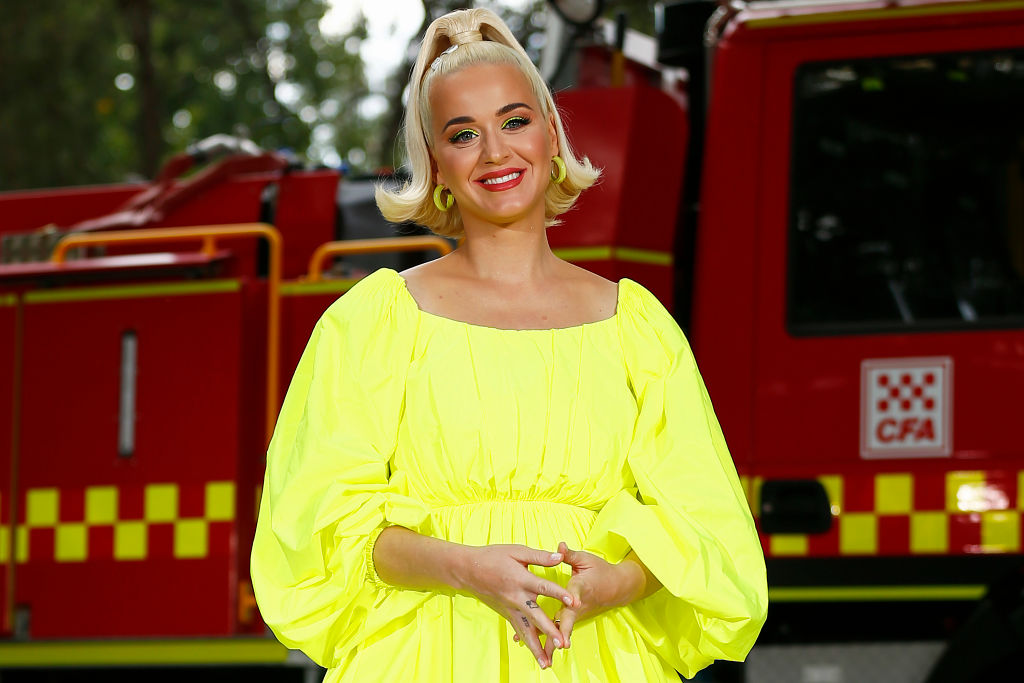 Katy Perry and Orlando Bloom surprised their fans as they recently welcomed their first baby.

Surprisingly, both the Hollywood actor and the "I Kissed a Girl" songstress chose the unconventional way of announcing the arrival of their new bundle of joy by letting the organization, UNICEF, break the fantastic news.

"We are floating with love and wonder from the safe and healthy arrival of our daughter," Katy and Orlando said in a joint statement on the UNICEF page.

"But we know we're the lucky ones and not everyone can have a birthing experience as peaceful as ours was. Communities around the world are still experiencing a shortage of healthcare workers and every eleven seconds a pregnant woman or newborn dies, mostly from preventable causes. Since COVID-19, many more newborn lives are at risk because of a greater lack of access to water, soap, vaccines and medicines that prevent diseases. As parents to a newborn, this breaks our hearts, as we empathize with struggling parents now more than ever."

To recall, the "Lord of the Rings" star and the music icon were both goodwill ambassadors for the United Nations agency, which aims to provide humanitarian and developmental aid to children around the world.

In a lengthy Instagram post, the power couple expressed how fortunate they are to experience a "peaceful birthing." They then directed the attention to the issue regarding the "shortage of healthcare workers" and some pregnant women's struggles in this devastating time.

Moreover, as a celebration for the arrival of Katy Perry's baby, they revealed that they have set up a donation page and encouraged their fans to support the organization.

This gained a positive reaction from the supporters, as they praised the couple for their selfless acts.

Meanwhile, before their daughter's birth, the "California Gurls" hitmaker admitted that they did have some nicknames in mind but haven't picked out a final name yet.

"We have yet to decide specifically on her name because I think we've got options, and she'll tell us. I'll look at her and go, 'Oh yeah yeah, you are here, you are that," Perry told Mix 104.1's "Karson & Kennedy."

However, others pointed out that the "Hot N Cold" singer left several clues suggesting the name of Katy Perry's baby, Daisy Dove Bloom.

With that said, we take a look at all those hints!

It is no surprise that the five-time American Music Award winner named her daughter on one of her tracks.

Three months ago, Katy released her music video for "Daisies" under her sixth album "Smile."

View this post on Instagram
I wrote this song a couple months ago as a call to remain true to the course you’ve set for yourself, regardless of what others may think. Recently, it has taken a new meaning for me, in light of what the whole world is experiencing. Each of us is one in more than seven billion, with our own story of strength and resilience to tell. DAISIES is out now. I hope it will be the soundtrack to going for your dreams now... especially the ones we left behind A post shared by  KATY PERRY (@katyperry) on May 14, 2020 at 9:03pm PDT

She previously mentioned on her Instagram that it gave her inspiration to stay true to herself no matter what.

"I wrote this song a couple of months ago as a call to remain true to the course you've set for yourself, regardless of what others may think," she captioned followed by a clip from her music video.

"Recently, it has taken a new meaning for me, in light of what the whole world is experiencing. Each of us is one in more than seven billion, with our own story of strength and resilience to tell."

Another hint would be her IG post featuring a daisy-inspired sandals from her own line, Katy Perry Collections.

View this post on Instagram
Sticks and stones may break your bones, but Daisies are the friendliest flower : @tina.fasce And don’t forget 10% of every purchase will be donated to @baby2baby to assist their efforts in providing essential items to children and families impacted by COVID-19 #ShoesdayTuesday @katyperrycollections A post shared by  KATY PERRY (@katyperry) on May 5, 2020 at 4:00pm PDT

"Sticks and stones may break your bones, but Daisies are the friendliest flower," Perry wrote followed by a photo of white thong sandals with a daisy accent.

In July, the "Never Worn White" songstress was interviewed in Hits Radio Breakfast and seemed to be taken aback by one of the host's names, Fleur East -- which means "flower" in French.

She also admitted that she is going to consider naming her baby after a flower.

"It's actually really beautiful. Legit, it may go on the list. I'm going to text him (Orlando) right now," she quipped.