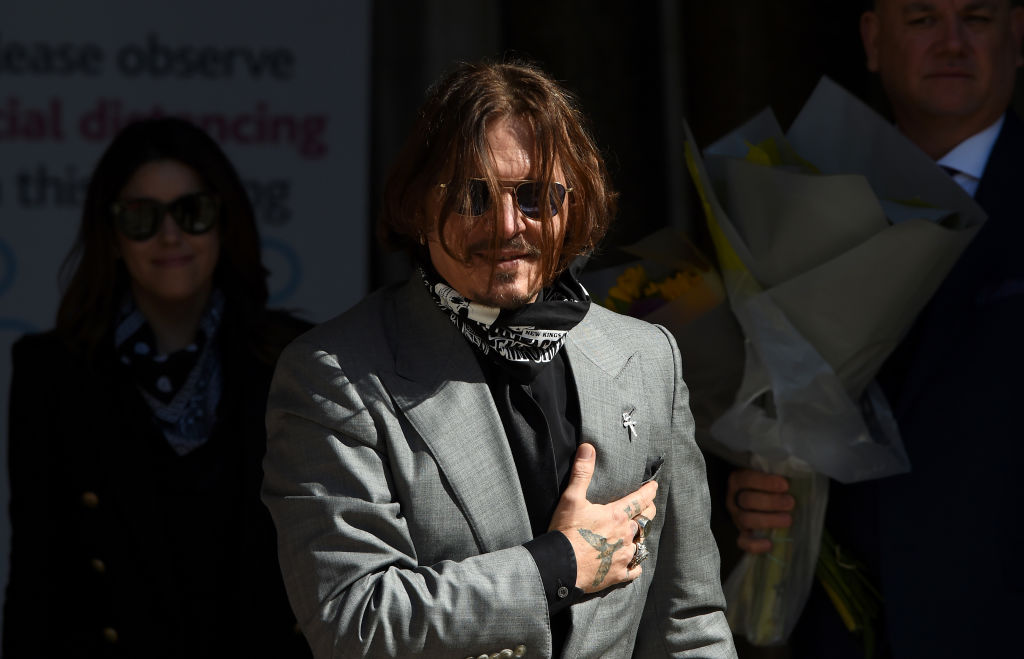 Johnny Depp just weighed his priorities and filed for a special request with regards to his upcoming legal battle with Amber Heard.

Priorities first! Depp is now choosing his career over his ugly legal battle with Heard by asking to delay his upcoming defamation lawsuit trial.

The "Pirates of the Caribbean" star is suing his ex-wife for $50 million for the Washington Post op-ed she published in 2018. She wrote about sexual and domestic violence, which allegedly damaged Depp's name and made him lose his movie roles.

Initially, the trial is scheduled to run from January 11, 2021 to January 28, 2021. While it seemed like those are the perfect dates to continue their legal battle, it will unfortunately affect the filming of "Fantastic Beasts 3."

The trial date is set earlier since Depp's camp thought the movie would not push through its filming until the coronavirus pandemic ends. But since the condition in its main site in London has improved, director David Yates decided to shoot it from October until February.

"With conditions in London having improved somewhat, Warner Bros. has now set a shooting schedule that conflicts with the trial date in this case," the new court papers said.

Depp requested that the trial be postponed until between March and June 2021.

Furthermore, the legal papers stated that the "Aquaman" star agreed to meet on September 11 to discuss the potential delay.

The talk will also determine whether the proposed postponement "would not entail any prejudice to her, much less unfair prejudice" since she will join the filming of "Aquaman 2" next year. The sequel to the award-winning 2018 film will hit theaters on December 16, 2022.

The news of Depp's request came a month after Depp's libel battle against British newspaper The Sun ended.

Although the 16-day exchange of claims have already concluded, Judge Justice Nicol is expected to deliver the verdict this month.

The performance of "Fantastic Beasts 3" will determine the future of the series and Depp as well, considering the huge role he plays.

Initially, the studio agreed to create five Fantastic Beasts movies since the franchise is one of WB's top earners, with the first two films bagging more than $1.4 billion at the worldwide box office.

Why Johnny Depp's Role In "Fantastic Beasts 3" Is Important

Depp surely wanted to thank JK Rowling for saving his career. With that, participating in the next installment is his way to express his gratitude and revive his career.

The actor previously appeared in an interview with Entertainment Weekly where he shared his thoughts about the hostile responses Rowling got for saying that she was "genuinely happy" to support Depp.

In return, he defended Rowling and did the same for her after she said that she would not stand with him if she did not know the truth.

Depp admitted he felt terrible that she had to take all the hate because of him. However, he also acknowledged how important the support was for him.