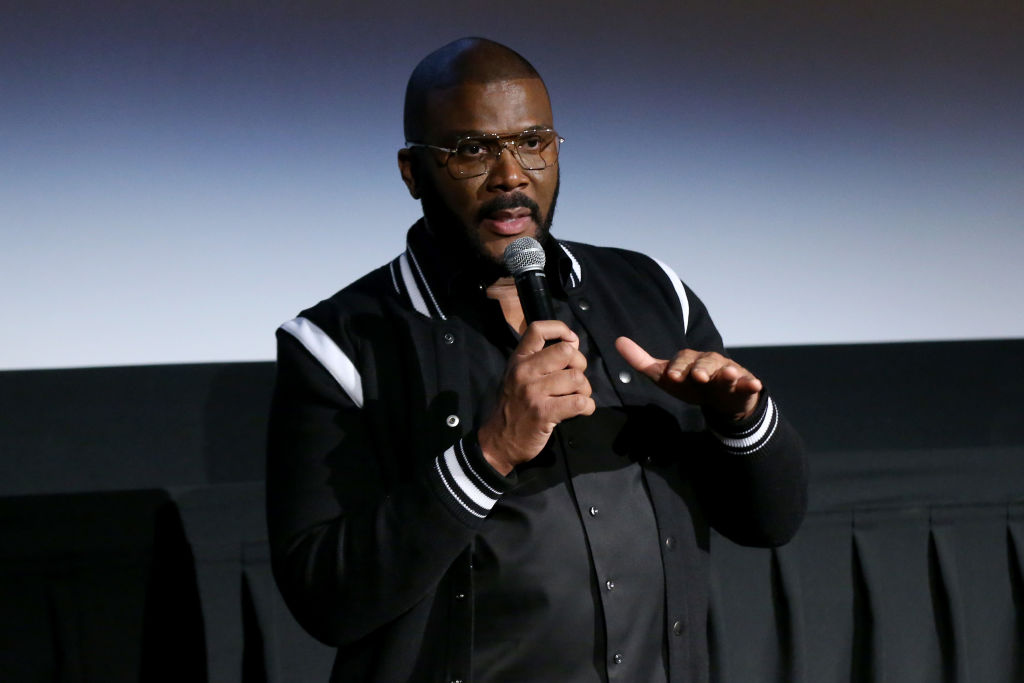 Tyler Perry's net worth tickled people's curiosity after he offered help to Prince Harry and Meghan Markle this year.

When Prince Harry and Meghan left Canada to relocate to California, Perry extended his arms to make the family of three feel at home.

The $18 million mansion owned by the filmmaker in the Beverly Ridge Estate of Los Angeles became the dwelling place of the Duke and Duchess of Sussex, along with their 1-year-old child Archie, amid the coronavirus pandemic.

The said property is just one of the countless possessions the 50-year-old "Madea Gets a Job" play director has, and his overall value can truly shock people!

What Is Tyler Perry's Net Worth?

This month, Forbes welcomed the newest addition to its billionaire list.

According to the magazine, the longtime filmmaker has successfully become a billionaire, joining his fellow Hollywood icons Oprah Winfrey and George Lucas.

Per Forbes, Tyler Perry's net worth is already $1 billion, and he has reportedly earned more than $1.4 billion in pretax income since 2005.

He previously cashed out $30 million for a studio property in Atlanta in 2015 and spent another $250 million building his operation there. That studio alone helped him reach his billionaire status now.

"I own the lights. I own the sets," he told Forbes. "So that's where the difference is. Because I own everything, my returns are higher."

In terms of his creative output in the entertainment industry, he has more than 1,200 television episodes, 22 films, and at least two dozen plays.

How Being Poor Led Tyler Perry to Become a Billionaire

In the same interview with Forbes, he shared how learning the value of one's ownership at a very young age led him to give importance to every penny he earns.

As a person who experienced poverty in New Orleans since the beginning, he dropped out of high school and went through a long period of homelessness while struggling as a playwright.

But those plays led him to become a star and eventually ignited his career as a media mogul.

The situation eventually inspired him to become the man who "owned the house."

His films alone have earned nearly $1 billion as of writing, and he owns the rights to all of them.

When Lionsgate approached him with a proposal, Tyler Perry's net worth grew even further.

For example, the 2005 film "Diary of a Mad Black Woman" became the first movie under his partnership with Lionsgate. This grossed $50.6 million domestically and an additional $150 million from TV syndication and home video sales.

He produced 14 other "Madea" movies, and the installments got $700 million at the box office.

Now that he is a billionaire and continues to work hard, his wealth will only go up in the next coming years.

READ MORE: Antonio Brown Net Worth: How Much Did AB's Value Decrease After His Controversies?