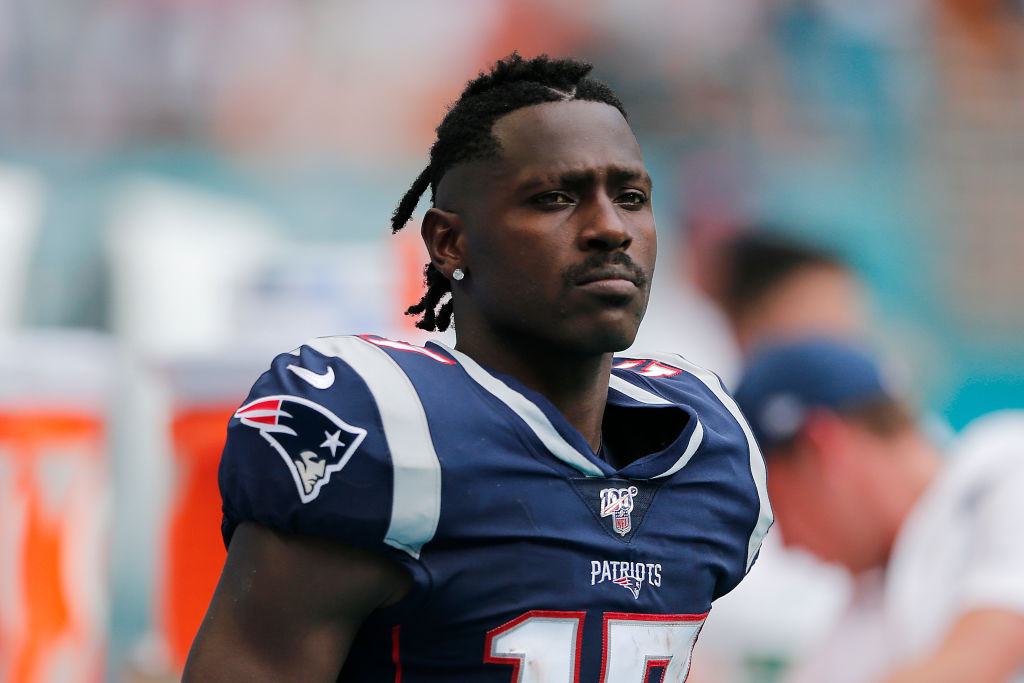 If there is one thing Antonio Brown's net worth  proves, it's the fact that not every player enjoys the same level of stardom throughout their career

The NFL once considered Brown as the best receiver in the game, and he received so much attention from that. After starting his career just a decade ago, the 32-year-old wideout continued to taste success -- until he doesn't.

Brown first entered the NFL in 2010 after being drafted in Round 6 of the draft and signing a $1.28 million contract with Pittsburgh Steelers. In addition, he also enjoyed a $73,075 signing bonus at the time.

Since then, he worked his way up until he became one of the best players in his position -- something surprising given that he was not highly touted entering the NFL.

The Central Michigan native even outplayed his draft status and transformed himself into one of the best sixth-round picks in NFL history.

However, his bizarre football career in the later years caused him to lose his NFL home, and Antonio Brown's net worth became the most affected after the shift.

Though his rookie deal only totaled around $1.28 million, his bank account suddenly got a massive raise from his first two years after his rise to superstar status.

From being an unpopular player, he became the most famous wide receiver after he scored a ive-year, $41.96 million extension with the Steelers.

Brown's pockets continued to be filled before his contract ended after he landed another mega extension. He imprinted his name on a four-year, $68 million contract that added a substantial $19 million to his bank account.

Despite such a whopping amount of earnings, Celebrity Net Worth revealed that Antonio Brown's net worth is currently only at $20 million -- 10 years after he officially started his professional sporting career.

Blame the player itself as the wide receiver is also a diva who has been facing controversial dramas.

Why Is Antonio Brown's Net Worth So Low?

It all started in 2012 when the NFL fined him $10,000 for unsportsmanlike conduct after backpedaling into the end zone. Since he was just starting his NFL career at that time, the incident somewhat crippled Brown's finances.

Two years later, he once again cashed out $8,200 for kicking Browns punter Spencer Lanning. In the next season, he got fined again with $11,576 for bestriding on a goalpost after hitting a score.

Brown truly never learned how to dodge financial hits, as he let go of $24,309 for a touchdown celebration dance.

The Pro Football Reference unleashed more stories about how Brown lost his money due to fines, and it is worth noting that his antics took away $338,000 from his bank account.

Aside from that, the All-Pro's net worth has also been affected by his behavior.

In the end, Brown found himself without an NFL home, and the once multi-millionaire only has a few million left to cover his future fines if he does not change.

READ MORE: Lady Gaga Net Worth: How Much Did the 'Paparazzi' Singer Earn After Breaking Records?