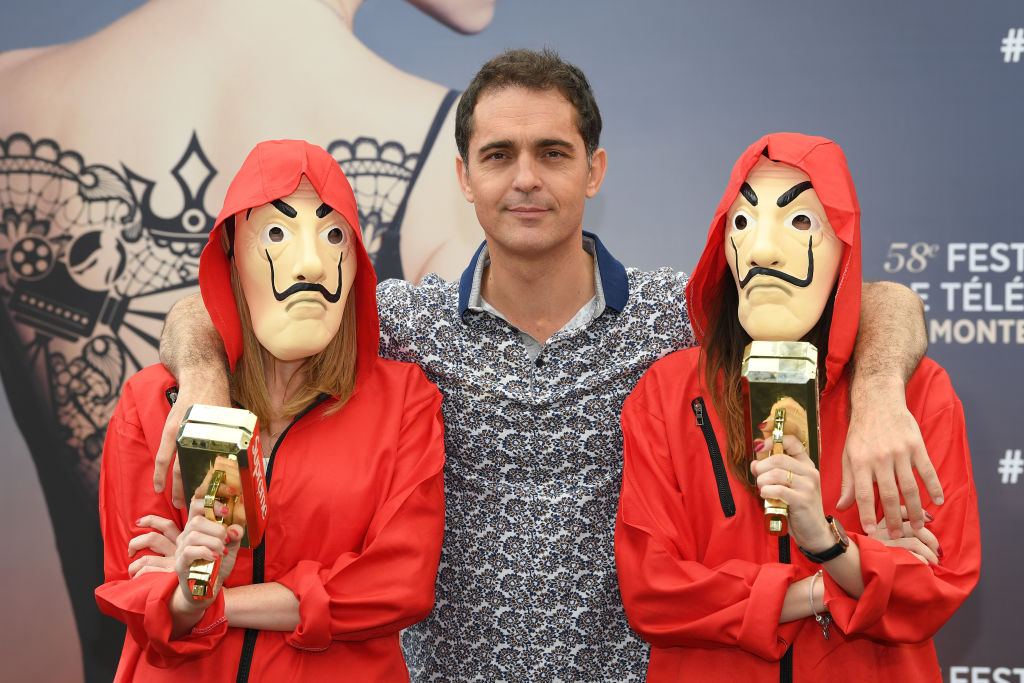 "Money Heist," also known as "La Casa de Papel," is undoubtedly one of the much-awaited series on Netflix. As the Spanish action-filled drama is set to return for the fifth season soon, fans should gear up for the major plot twists the show creators have in store for the avid viewers.

When the show concluded its fourth season last April 2020, "Money Heist" fans were left heartbroken for the tragic death of the gang's key member, Nairobi (played by Alba Flores).

While the robbers-turned-family group rejoiced after tricking the authorities and taking the Professor's love interest, Raquel Murillo, a.k.a Lisbon (Itziar Ituño) from the police custody and successfully taking her inside the Bank of Spain, the victory is not as sweet as the viewers expected it to be.

In true "La Casa de Papel" fashion, the season finale ended with another villain threatening the Professor (Alvaro Morte) as he moves remotely from the center of the heist.

The major cliff-hanger of the last season was when the heist's former negotiator Alicia Sierra (played by Najwa Nimri), caught The Professor off guard in his hideout.

Alicia was unfortunately dismissed from his role as a negotiator after The Professor savagely broadcasted how the government tortured one of their pals, Rio (Miguel Herran), when he was held captive by the authorities.

The heavily pregnant Alicia may be carrying a baby on her womb, but that didn't stop her from tracking down The Professor and held him hostage at gunpoint.

When the show had a successful finale, "Money Heist" creators dropped hints of a possible spinoff from the show's lead characters.

"We do have many possibilities for some spinoffs, yes, and I think that's thanks to the strong and powerful identities of the characters," Alex Pina told Oprah Magazine.

"Berlin's case for his own show is very clear; he's a misogynist, a psychopath, egocentric, a narcissist, a delinquent, a rapist. But still, there are lots of people who adore him because he values friendship, loyalty, or fraternity," he added.

Now that the 5th season is on its way to Netflix, fans are starting to develop mind-blowing predictions behind Alicia's unpredictable character. Fans began to run their wild imaginations on how Alicia will play mind games with the Professor, but they also raised a possible plot twist that could put the story in a whole new perspective.

An observant fan took to Reddit and proposed an intriguing theory behind Alicia's character. The fan suggested that the pregnant Professor could be one of Berlin's five ex-wives.

Berlin (Pedro Alonso) is the heist leader from Season 1 and 2, who sacrificed his own life to make sure the gang gets away the Royal of Mint safely.

"Anyone ever thought Sierra might be one of Belin's five ex-wives?" the fan wrote.

While others are quite convinced, some argued that The Professor, who happens to be Berlin's brother) should have recognized Alicia.

But the fan argued that Alicia might have revamped her looks.

Well, the only way to find out is to wait for the 5th season. In the meantime, you can stream Money Heist's Season 1 to 4 on Netflix to revive all the adrenaline-filled scenes.