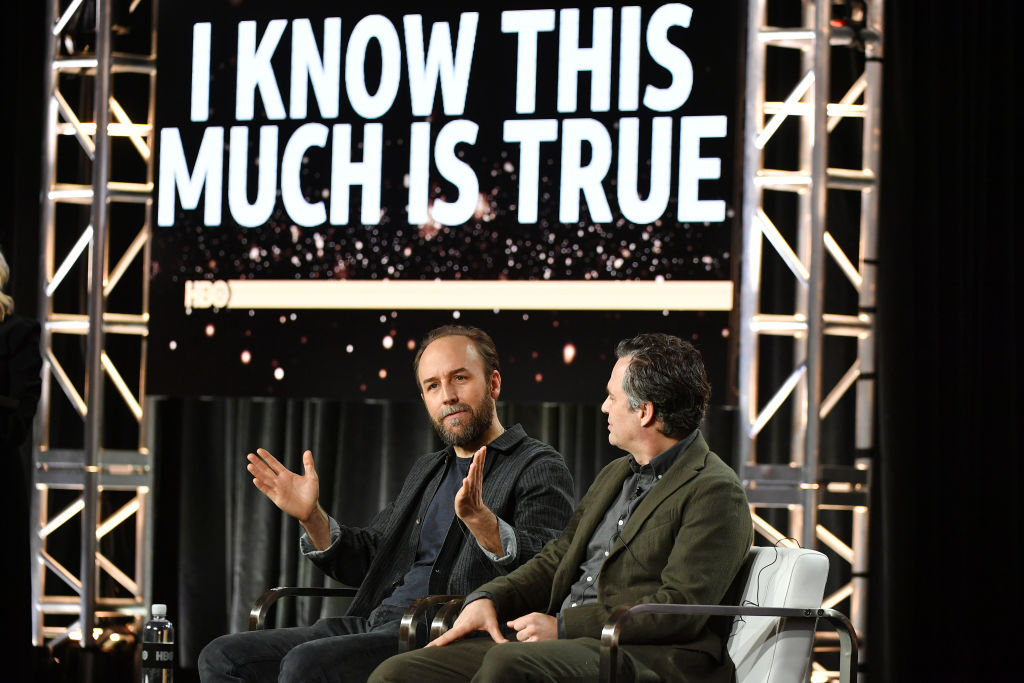 In this Emmys 2020 prediction, Enstarz is firmly convinced that Mark Ruffalo will win the Lead Actor award in a TV Movie or Limited Series.

He's playing against some heavy names this year. In fact, we had a hard time trying to decide among the five nominees.

However, it's tough playing two people or twins in the first place -- Dominick and Thomas Birdsey. But Ruffalo did it so marvelously in the book adaptation "I Know This Much Is True."

He was able to execute the two roles as if they are two completely different people with their own storylines. Playing two people is hard enough, but to alternate between one character without disability and one with a disability was likely to be exhausting.

The other twin does not just have any disability. Ruffalo had to play a paranoid-schizophrenic twin, which makes it all the more challenging.

Ruffalo deserve the title not just because the role's was hard, though. All the actors nominated played some challenging roles, too. However, Ruffalo portrayed both his characters with heart as if he truly went beyond what the role called for and just became Thomas and Dominick.

It must be because he understood his role completely, like inside out. He said so as much in an interview with the Los Angeles Times.

"He's on a journey of forced self-discovery," Ruffalo said. "Most journeys of self-discovery are forced on us. It's usually something that makes us very uncomfortable, so we don't go until we're forced - whether through suffering, loss of a person we love, hitting some sort of bottom ... we probably learn the most about ourselves there."

Playing two roles is not the hardest part of his role. Embodying the characters physically is. Given that the twins do not look exactly alike because the other one has a disability, Ruffalo had to exert extra effort to look at his parts, too. First, he had to lose 20 pounds to portray Dominick, but then, he had to gain 35 pounds to be Thomas. That does pose a serious health risk, doesn't it?  This shows the kind of commitment Ruffalo has for his craft.

Moreover, Dominick was hyper-masculine, while Thomas was a bit effeminate. Going back and forth between the two personalities is likely to have taken a toll on the actor, but viewers of the series can hardly feel that! Yet again, the actor is able to play two polar opposite individuals because he gets them. In fact, he can see why Thomas, even with his disability, is the luckier one. Regular viewers would not be able to catch that.

"In a lot of ways [Thomas is] more free because he's not bound by the toxic masculinity we all learn to survive," Ruffalo shared about Thomas.

The show was truly something. That can be attributed not to just Ruffalo, but everyone from HBO to the showrunners. HBO essentially gave them the freedom to make the series as they wished and see fit, so creative solutions ensure dRuffalo can play two roles without tacky methods being used.

Ruffalo said so himself, saying director Derek Cianfrance is the true genius behind it all.

And then this is why our Emmys 2020 prediction is that Ruffalo will win. Ruffalo just deserves the award: he's not conceited and he knows where to give credit where it is due!

© 2020 ENSTARS, All rights reserved. Do not reproduce without permission.
TAGSMark Ruffalo Emmys 2020 Emmys 2020 Prediction Lead Actor for TV Movie or Limited Series I Know This Much Is True
SEE COMMENT
CLOSE COMMENT