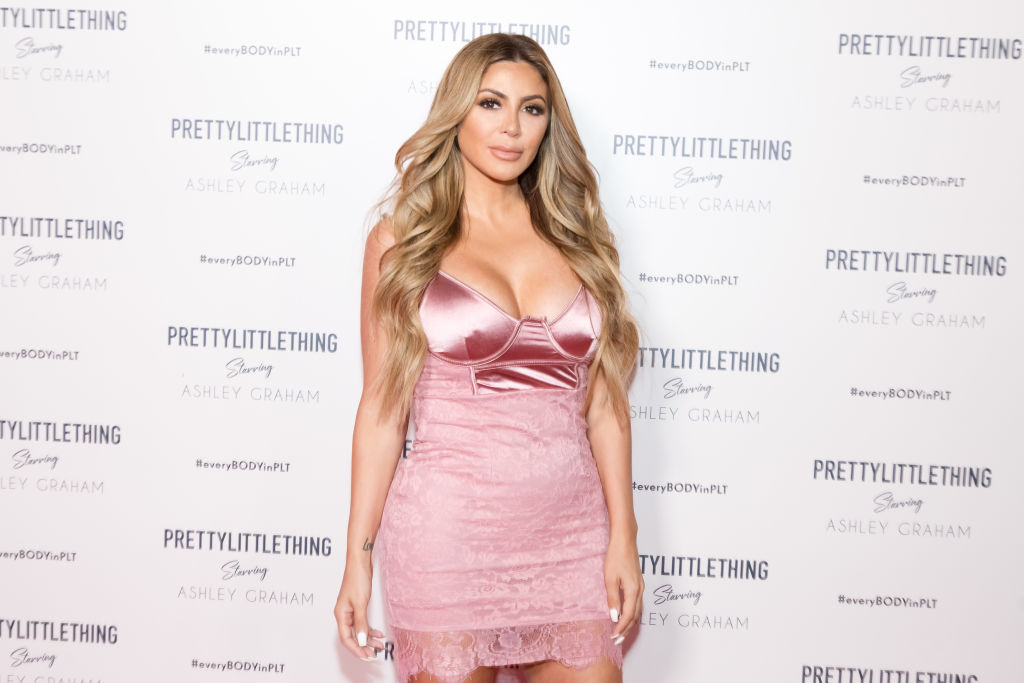 Reality star Larsa Pippen is no stranger when it comes to scandals and controversies.

From her marriage fallout with estranged husband and NBA superstar Scottie Pippen, the alleged cheating scandal with rapper Future, to her tumultuous relationship with the Kardashians, it appears that the former model got used to the downside of being in the spotlight.

Interestingly, her dramatic rift with one of America's most famous families has been beneficial to her after she signed "close to a six-figure social media deal" with UK-based fashion retailer, Pretty Little Thing until 2021, as cited by Page Six.

Aside from her high-profile feud with her fellow reality stars, the 46-year-old Illinois native has managed to capture the attention of millions of her followers through her steamy bikini photos.

Having said that, we take a look at the sexiest Larsa Pippen Instagram photos that can give everyone a run for their money.

The "RHOM" star stunned her 2 million IG followers with a steamy photo after ex-best friend Kim Kardashian announced that their longtime reality show "Keeping Up With The Kardashians" is about to end.

The Assyrian-Lebanese beauty lounged at the poolside while flaunting her jaw-dropping curves and toned legs with her pink snakeskin halter top paired with a matchy tie-side bikini.

How To Be Extra 101 With Larsa Pippen

There's no denying that the mother-of-four has a stunning body; not to mention an impressive swimwear collection.

A few weeks ago, she proved that she could rock any bikini outfit -- even at a barbeque sesh.

This time, Scottie Pippen's ex-wife opted to go classic as she wore a black bandeau top with a high cut bikini while topping off the look with oversized black sunglasses. It looked like that she was going for a more tropical vibe as she paired her ensemble with a native handbag.

"How do u show up to a bbq? Swimsuit: @prettylittlething," Larsa Pippen's Instagram caption, with a special mention from her multi-million deal from the retail giant.

The blonde bombshell, who reportedly gained 100,000 followers after being unfollowed by the whole Kardashian-Jenner clan, knows how to tease her fans.

Pippen sizzled in a skimpy patterned brown bikini as she showed off her solid rock abs and toned legs.

To look more bougie and less hoochie, she paired it with a dark brown oversized long sleeves and edgy sunglasses.

In July, the mother-of-four chose a more colorful swimwear this time as it complimented her bronze skin.

Her snap scream legs for days as she was spotted wearing a mustard color top and high cut bikini that accentuated her long legs.

It looks like sunny all year round to the former model as she was often posting bikini-clad photos.

This time, Larsa wore another classic two-piece swimsuit but with a little twist.

She was spotted wearing a sporty top with line details on the side while wearing a tiny high cut bikini, showing off her sexy thighs.

Despite being 5-foot-2, she knows how to work her angle.

READ MORE: Game of Thrones' Star Dies at 82 -- Saddening Cause of Death Revealed