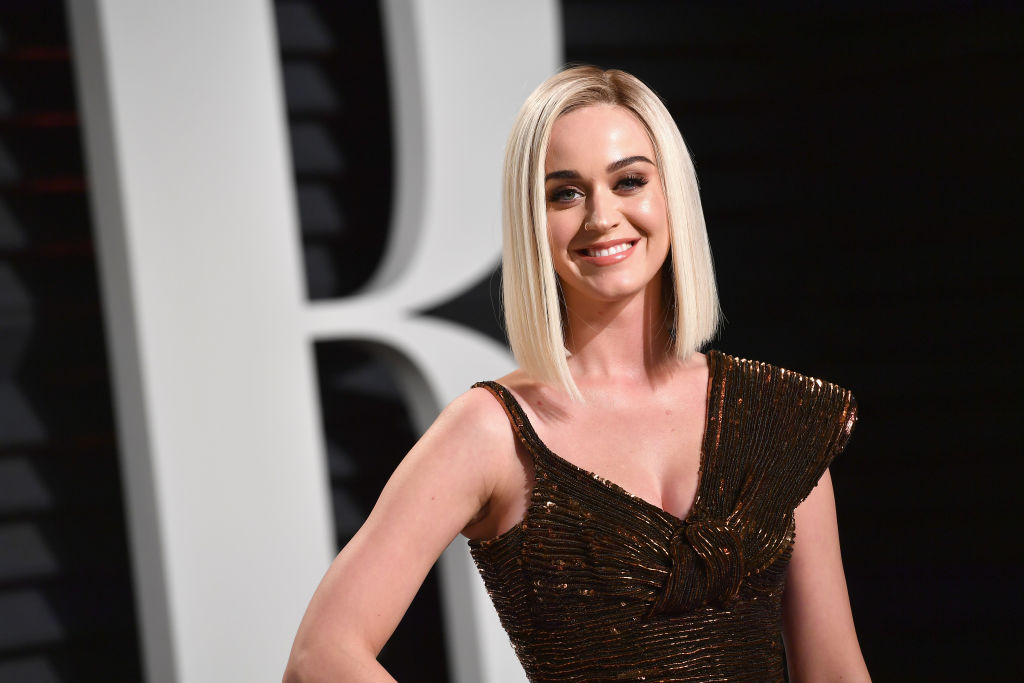 Taylor Swift had a thoughtful way to cheer the first time momma Katy Perry, who is celebrating the birth of her first child Daisy Dove Bloom.

The "I Kissed a Girl" hitmaker is ending the rumored rift between her and Taylor as she shared a photo of a pink silk blanket that the pop star sent to her.

"Miss Daisy Dove adores her hand-embroidered blankie from miss @taylorswift. I hope it's one she drags around for years till it becomes an unrecognizable shred that she keeps in her pocket as a teenager," Katy wrote on her Instagram alongside a handwritten note from the "London Boy" songstress.

Furthermore, the California-born singer also tagged the location as "Steam Folklore" as her way of encouraging fans to support Swift's latest record.

Fans flocked to the comments section and gushed over the pop star's sweet gesture to the first-time mom.

"The most precious thing I ever did see," one user wrote.

Meanwhile, another fan was impressed by how TayTay really made the effort to prepare her gift for Daisy Dove: "The way Taylor has had prepared for this gift since May. When both Katy Perry and Taylor Swift said that they wanted to be a symbol of redemption and forgiveness, they really meant it. Their friendship I fear. I'm crying honestly."

To recall, the catfight between the two pop stars started in 2014 when Swift did an interview with Rolling Stone magazine and discussed how her song "Bad Blood" was inspired by another female artist.

"It had to do with business. She basically tried to sabotage an entire arena tour. She tried to hire a bunch of people out from under me," Taylor said at the time.

Shortly after the interview, Perry posted a shady tweet that said, "Watch out for the Regina George in sheep's clothing...," which led people to speculate that she was referring to the Pennsylvania-born singer.

Now, both award-winning singers have learned to kiss and makeup and were obviously working on building their friendship again.

However, in the spirit of friendly competition, let's see which pop icon has the bigger net worth. Is it Katy Perry or Taylor Swift?

Her breakthrough song is her 2008 track "I Kissed a Girl" from her first album, One of the Boys. This propelled Katy to superstardom, and the rest is history.

According to celebritynetworth.com, Katy Perry's net worth is estimated to be at $330 million, landing her on the 86th spot in the world's highest-paid celebrities of 2020. Aside from music, the mother-of-one also appeared in several TV shows such as "The Simpsons," "How I Met Your Mother," "American Idol" as a judge.

Forbes also reported that a big chunk of Katy Perry's net worth is from the reality singing show, where she reportedly earns $25 million per season.

View this post on Instagram
Stoked to relive our Paris show tonight when the City of Lover concert airs at 10pm ET/ 9pm CT on @abcnetwork - then tomorrow on @hulu and @disneyplus It was the best album release party I could’ve wished for love you guys A post shared by  Taylor Swift (@taylorswift) on May 17, 2020 at 10:11am PDT

However, the 30-year-old country-pop singer appeared to have a higher net worth than Perry after landing on the 25th spot on the Forbes Celebrity 100 list.

According to celebritynetworth.com, Taylor Swift's net worth is a whopping 400 million, propelled by her annual salary of $150 million.

Aside from her chart-topping music, T-Swift has also sealed the deal with lucrative brands such as AT&T, Verizon Wireless, CoverGirl, Diet Coke, AirAsia, Qantas, Sony Electronics, Target and Keds